Red flag laws for guns. Florida passed one after the Parkland shootings. Vermont just did because they had a very close brush with a school shooter arrested as he was planning his shooting spree. Indiana has had one for a while due to random shootings in a neighborhood.

Also, here is a resource on studies of efficacy for certain policies about guns.

Comey's nasty book. I'm not a fan of Comey, who seems mealy-mouthed to me. However, he had enough backbone to stand up to Trump, which not everyone has. His new book seems to have a lot of filler, some of it being creepy. However, he does reveal a non-surprise: Trump trying to spin the Russian hacking.

US/French/British strike on Syria. Interesting detail. How they faked out the Russian/Syria air defenses. A broader discussion. The US isn't striking hard because it needs to have room to ramp up if Syria continues chemical warfare.

$21 Trillion missing. A Russian shill wrote that the Pentagon had lost $21 trillion. This was just a shill, so he didn't have any real thought in his comment. Consider this: $21 trillion is a huge amount of money that might have worldwide implications. Just imagine the US having double its current debt, but nobody cares. I pointed this out to the shill. He lamely replied "Well, it's from Forbes."

I have to look into this some more, but I've got to clear those tabs off my browser. So here's the dump: Michigan, missing money, truth in accounting, more Michigan,  maybe some details, Reuters. I don't have a link to the Forbes article because it wasn't particularly readable. 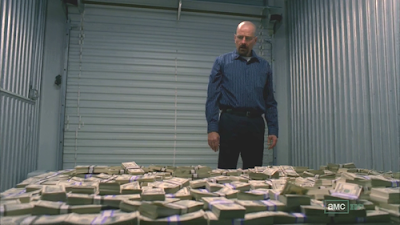 Posted by ModeratePoli at 9:02 PM