Always more on Russia investigation. Now conservative media is pretending the Papadopoulus contact was a CIA asset trying to entrap him. Long WaPo article about adminstration action against Russian hacking before and immediately after the election. Also covering that period, and answering the snarky question 'What did Obama do to stop it?' Even more, though it sounds like maybe Steele gave his dossier to British intelligence and their heads exploded.

FBI scandal. I skimmed the Inspector General report on the Hillary investigation. Strzok looks bad in his handling of the Weiner laptop. Lawfare review of it.

Peace deal failure. Someday I need to write a long piece about why the Israeli-Palestinian peace talks failed. What next for Israelis in their outlook.

2020 Election. This is BIG, and worth watching if the trend continues. A poll in Texas has Trump even with two Democratic candidates. These are named candidates, not a generic one. The rich will support Trump in 2020. Not because they like him or respect him, but because the Dems want to raise their taxes.

Midwest flooding. A long article about the Missouri River, and how our relationship to it and adjacent land use should change. Move further away, don't try to manage for navigation because it doesn't carry a lot of navigation.

Trump non-news. Trump's tweeting is becoming unhinged. Is this new and repeat?


Stuff I want to remember

(Clues to my interests.)

Understanding quantitative easing. A good article, very readable, that gives an easy-to-understand analysis of QE. It asked good questions, but I ask even better questions. It tells how QE inflates the value of certain bonds. In rolling back QE, demand is lower and the bonds are worth less. True, except that QE is done with demand is especially soft and needs the boost. QE is rolled back when demand is stronger. Still, I think I have more work to do to understand the workings. QE also shelters borrowers from surges in interest rates, right? Prevents lenders from demanding higher returns.

Extreme crazy conspiracy site. The crazy flat-earth lady gets her news here. Oh, the imagination involved in spinning these tales. Microwaves are needing to cook food grown with fertilizer, but it destroys the nutrients. Ummm, wow.

Gun info database. Save the link to check. Country by coountry information. 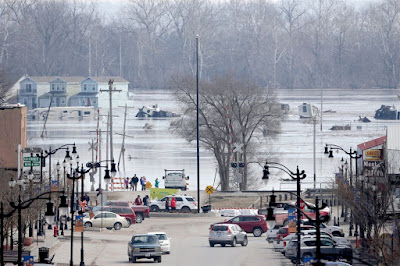 Posted by ModeratePoli at 12:49 AM