A commenter in the Washington Post put me onto this:

...But as is always the case, the media's double standard is a glaring one. After all, Al Sharpton is a proud and open Obama supporter, Obama has met with Sharpton, and Obama hasn't distanced himself from the MSNBC' racial demagogue -- who just this weekend made headlines with this: Republicans Want To 'Wipe Out Innocent People' Like 'Hitler's Germany'.

That accusation is very specific, so I looked it up. At that time, only conservative outlets were carrying the story. Here's a fairly complete, well-sourced article quoting Mark Levin. Unless Mark Levin did some nasty editing (as Breitbart did to Shirley Sherrod), Al Sharpton said something pretty inflammatory.

Uh, false alarm. I just listened to the whole exchange on Mediaite, and Sharpton is saying that some Republicans condemn some genocides (like Jews in WWII) but ignore others. Looks like tricky editing to provide red meat to the base... and Mark Levin sounded so calm and persuasive, I fell for it. Oh dear. Thank God I checked a little more before I hit the "Publish" button. And I thought I was going to nail the liberal media on something.

If you're interested, follow the story for a few days. How big does this trumped-up story get? We shall see. 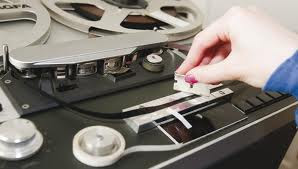 Update 6/1/12. This story has died. That's good, but as a lie and falsification, it never should have been a story at all. Still, I'll remember it as a lesson in the difference between the standards that mainstream media is held to and the standards of someone like Levin. By the way, if some of the links don't work, the story became an embarrassment.

Update 6/4/15. Another example of editing a story dishonestly.
Posted by ModeratePoli at 12:08 AM

Unfortunately, in the political world, reality is always in the eyes of the beholder and it seems that it is the media that controls what is reality for most non-thinkers.