Obama cleans out his closet

A few weeks ago, I took note of an interesting fact--Lois Lerner, an official at the IRS, solicited the question that started the whole IRS story. She called a journalist and arranged for her to ask the question. That's interesting, but it doesn't mean Lois Lerner is a whistleblower. The Inspector General's report on this IRS faux pas was due to be released, so she was perhaps trying to get ahead of it. Maybe she was launching the news of a Friday afternoon in hopes that it gets lost amid the weekend vacation luggage.

But another curious thought wandered through my gray matter. Perhaps Obama is doing some significant cleaning. He's trying to take care of some messes well before the 2016 election and even before the 2014 midterms. And it seems like there are plenty of messes that need sorting. Closing Guantanamo was one he could announce without shame, but it seems that there are plenty of others. So the story about the AP subpoena is out, the same about a Fox reporter (for records and a leak back in 2009), and now another leak about electronic communication tracking.

I wonder what other misbehavior will surface in the next 5 months. If there are more IRS peccadilloes, and Obama's staff knows about them, they should be coming out. There are probably more surveillance surprises (or non-surprises). Libertarians are going to have a lot of grist to grind. Maybe this is also a safer way to start a national conversation about how much to roll back surveillance without election year grandstanding. Obama gets cover if he reduces surveillance, but if the reaction is heavily pro-surveillance, he's covered for the status quo.

The history of the administration is one without a large number of embarrassing leaks (except for the paranormal phenomenon of Wikileaks). The most well known leaks, about the drone program, have burnished Obama's stature as a tough Commander-in-Chief. My impression is that the Obama administration has been tighter and more honest that other administrations. Leaks have been surprisingly tightly controlled. Where they weren't beneficial (perhaps encouraged), the leakers were prosecuted harshly.

That's what I wrote last week before the leaker (about the data mining capabilities of the NSA's formerly secret program called PRISM) declared his identity. I wasn't surprised about this exposure. It doesn't seem that anyone was surprised.

In one way this fits the pattern I had noticed. On the other hand, this leak seems to have been initiated by a 29-year-old computer whiz working on his own timetable, so not a "scheduled" leak to help clear out the closet. However, the subject is one of the skeletons in the closet that Obama would like to bring into the open, but is most likely incidental to the leaker himself. Nonetheless, I'm not ready to let go of my hypothesis--that Obama will be cleaning the skeletons out of the presidential closet. (This may be bias on my part toward thinking my theories are brilliant.)

I expect that the cleaning will continue, with a peak sometime during the summer and tailing off well before Thanksgiving. If this is planned cleaning up of secrets/scandals, the new disclosures shouldn't last beyond Thanksgiving since Obama would want the whole of 2014 to be as clean as possible for the midterm elections. He needs to avoid being pulverized (or shellacked) as he was in 2010.

I will know that my hypothesis is wrong if the leaks continue past Thanksgiving, if the scandals reported are more serious in the fall than those leaked in the summer, or if top advisers and cabinets members start leaving in droves. Those are signs of uncontrolled releases of information, not the controlled releases I postulate. 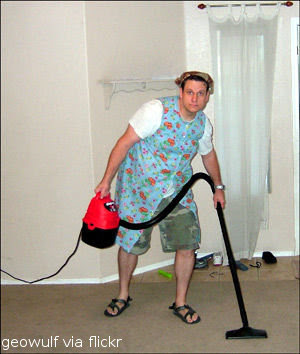 Also interesting: Less mining than you think, says Google among others.
Posted by ModeratePoli at 9:35 PM

I have to add a comment on the NSA data mining since I do know quite a bit about data and the shortcomings of attempting to "mine" it for supposed golden nuggets or jewels or wisdom or something.

First, the term "mine" itself has two conflicting meanings. One "mines" coal, which is basically ripping it out of the ground is large seams and using nearly everything that's extracted. But one also "mine" gold or diamonds which involves sorting through vast amount of waste-product in search of a few tremendously valuable fragments (compared to the rest of it).

This is the REAL scandal. Our government spends vast sums on the theory that there are highly valuable gems to be mined. The politics of it leads people to think that the data is mined like coal. The "whistle-blower" hints that it is, but, of course, it isn't and never would be because nearly all of the collected data is adjunct to the process of attempting to find those nuggets.

But there aren't any gold nuggets or diamonds, really. The best the NSA can hope for is to stumble upon an interesting pattern -- not dissimilar to what SETI does seeking signals from aliens in outer space -- and differentiate that interesting pattern from among thousands of others that look exactly alike and aren't interesting at all.

The scandal is huge amount of money being spent in government CYA -- just so that NSA and the intelligence community gets to SAY they are doing everything they can. The simple fact is that data mining of this sort doesn't work because the necessary degrees of separation to generate a real nugget produces thousands of identical false positives as noise.

Most of the public understands the issue instinctively as are willing to let NSA cover its butt in a useless activity for the appearance of security. What they should REALLY do is SAY they are doing it, but not really do it at all. They'd save a lot of money and produce the same results.