A fast look at the Voting Rights ruling

While Congress is stalled (for the foreseeable future), the Supreme Court chugs on through its roster of important cases. It's probably good that two branches of government can still function. However, I don't think I'll be giving out accolades to the justices.

Yesterday, in a 5-4 vote along party lines (which weren't supposed to exist in the judiciary), the Supreme Court removed a provision of the Voting Rights Act that required Department of Justice review and approval of changes to voter law in areas with pervasive voter discrimination 50 years ago. It's easy to imagine that the law is outdated, and these places have taken the lesson to heart, changed their ways, and don't need the supervision anymore... after nearly 50 years of it.

Maybe these places, mostly in the South, have accepted the lesson that voting should be equally accessible to all citizen. However, looking at the whole country, the actual circumstances are different. Republican legislatures all over the country are trying to make it harder to access voting. They pretend that voter fraud is rampant, and that's their excuse for passing ID laws that they hope, secretly in their hearts, will reduce voting among minority, poor [i.e. Democratic] voters. They don't actually take measure to prevent the only pervasive form of voter fraud, which is the pooling of absentee ballots in the hands of professional vote wranglers.

The hope that political groups won't tamper with voting to suppress certain folks hasn't been fulfilled yet. For that reason, the ruling of the Supreme Court is premature, even after 50 years of oversight.

Luckily, we will still have citizen and media oversight. Suppression efforts are occurring, and will continue to occur, and will hopefully backfire as they did in 2012. Keep watching, keep reporting, keep embarrassing the schemers, the hacks, the operatives, the spin-shysters. All the tools to do that and to disseminate the information are available, thank God and the internet.

If I can repeat my motto for this year: Whatever you try to hide, it ain't going to stay hidden. Everybody, please make it so. 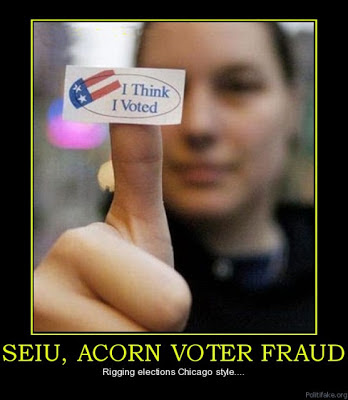 Extra. I considered the possibility that monitoring isn't necessary anymore, but the posts about this ruling didn't support that: Pro-ruling, current tricks, even an enumerated list (probably incomplete).

Posted by ModeratePoli at 10:56 PM