[The guest author is MP's brother in Pennsylvania.]
[Reposted due to flakiness on some browsers and invisible HTML gremlins.]

The law called for a test period during this spring’s primaries, when voters going to the polls would be asked to show a photo ID but if they didn’t have the prescribed type of photo ID, they could still vote in that primary election. For the general election in November, however, the law stated that a party without te proper form of photo ID would only get to vote via provisional ballot, which would only be counted if the voter presented the proper form of photo ID within 6 days at the county election office. In effect, few would bother since that period of time to get the proper ID then travel to the county office is too short just to have a vote counted that might not matter.

This law would have no impact on me. I have a valid PA driver’s license and a current passport, both valid forms of photo ID under the law. My wife and son have the same, since we went to last year and needed up-to-date passports.

Most people in PA, likely 95% give or take, have some form of valid photo ID under the law. They would be able to vote, no sweat, assuming they remembered to bring it with them. What the big deal?

The Veneer of Reasonableness

The key element of this entire affair is the use of a veneer of reasonableness to ram through an law designed to produce a favorable political outcome for those who rammed it through. Surveys in PA consistently show that a majority of people support the law and the supposed concept behind it: to verify that people who vote are who they say they are.

But that was just a convenient subterfuge, like a salesman who takes extra business trips to spend more time with his mistress. During court arguments, the state’s lawyers stipulated that they had ZERO evidence of in-person voter fraud (i.e., someone impersonating another registered voter at a polling precinct in order to cast a illegitimate ballot). This is the only kind of voter fraud that presentation of a voter’s prescribed photo ID at the polls would mitigate.

As the PA Supremes pointed out, a legal stipulation has consequences. From that point on, the state could no longer argue that there would be any harm – to the state or the electoral process – from failing to enforce the law. I would further argue that any citizen who supports the law and, hence, the state’s legal position could no longer argue that voter fraud is rampant, widespread or even exists. As the PA Supremes correctly concluded, any evidence of harm – that is, inability to cast a ballot that would count – to duly registered voters required the voter ID law to be put on hold.

So if there’s no fraud, and a new law to prevent the non-existent fraud, what could possibly be the reason to require a prescribed form of photo ID? The answer is obvious, as stated by the GOP majority leader in the PA House: “Allow Romney to win .” This was a foolish motive, too. Chances are and were at the time that the number of people disenfranchised from the new law, even if disproportionately Obama voters, would not be enough to swing PA’s electoral votes to Romney. This GOP mistress could only let those who passed the law feel better for a bit.

I suppose the GOP also hoped to sow some confusion and sap Democratic resources in attempts to assist the disproportionate Obama voters who would need to acquire a new prescribed photo ID. They definitely achieved that goal for a while, but that was certainly not going to be enough to change the outcome.

In the end, the judge ruled that the Nov. 6 election would work the same as the primaries last spring. You can be asked but you don’t have to show. This will certainly cause additional confusion for some voters and be another distraction for Democratic opponents to the law’s existence. But voters and the law’s opponents won’t have to continue to expend resources and time in the impossible attempt to get a prescribed photo ID for everyone who would need it, including those voters who don’t know that they would need one. The GOP received that bonus, but now their wife is on to their dishonestly and they will likely pay the price.

I’m guessing that the PA GOP will let it go now – in their hearts if not in fact – since their ill-conceived plan can no longer work. Yet, all people who abhor this kind of politics and deception have to guard against similar ruses on the public. It’s easy to pick on a minority – the smaller the better – to gain an advantage for another minority if the majority of people don’t care because they aren’t impacted. While the PA courts ultimately got this one right, it doesn’t always work out that way.

When I’m asked at the polls on Nov. 6 (no early voting allowed in PA) for my photo ID, I’m going to ignore the poll watcher – whom I’ve known personally for years – and talk about the weather as I sign my name in the registry book, just as I’ve always done it. They have my signature digitized from my registration right in the book. That’s why voter impersonation never happens. The poll workers know their neighbors, and the signatures have to match, duh. 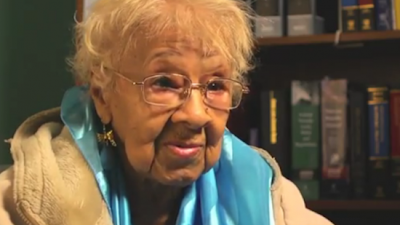 Posted by ModeratePoli at 7:19 PM