Romney is trying to hide the details of his tax plan and the media is obliging. Most of the media, that is. Here is a fairly short, very readable article where the reporter followed up on Romney's claim that he has six studies that refute the frequently cited Tax Policy Center report about how his numbers don't add up.

Not surprisingly, the sources (which Romney judiciously neglects to name in his sound bites) are fairly partisan and not very rigorous. Of course not. If they were any good, Romney would say who they were, rather than pointing out that there are six of them.

[The Tax Policy Center website wasn't available as I wrote this post, but this may be another version of it over at the Brooking Institution website. A longer, less readable analysis by Wonkblog here, if you want more.] 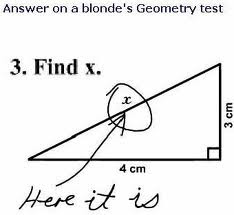 Also where the supporting analysis for Romney's tax plan is.
Image: doubletake-media.com

Update 10/14/12. This columnist believes that Romney's election by itself will spur enough growth that tax cuts will be possible after revenue surges. That's why he's telling the truth that he can cut tax rates without raising the deficit.
Posted by ModeratePoli at 2:13 PM