Romney as a bipartisan?

This is what Romney is saying now in his stump speeches as he campaigns in Florida:

He also said this in the third and last debate:


"America’s going to come back, and for that we need a president who knows how to work across the aisle."

Hey, it sounds great. I'm all for bipartisanship. I even foolishly thought the super committee would work. But excuse me if I have some doubts about how strongly Romney supports bipartisanship. It didn't seem to be a talking point for him when he was running for the nomination. He also doesn't seem to be pushing the idea among his fellow Republicans. Marco Rubio says the Senate must be in GOP hands:


"Voters understand that electing Mitt Romney but allowing the Senate to remain in the hands of a Democratic majority means many of the things our country desperately needs aren’t going to happen."

What are the chances that Romney and/or the other Republican leaders are going to work with the Dems if they don't need their votes to pass legislation? I don't actually want to find out. I'd prefer that divided power forced the two parties to work together, despite Romney's proclamations. After all, the last bipartisan era in this country was dead before the president was even inaugurated. Romney doesn't strike me as more capable of delivering on that illusive promise. 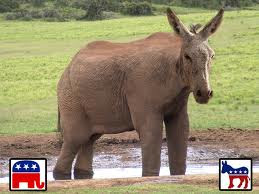 Extra. I found one Republican who did actually sound bipartisan--Charlie Bass of New Hampshire. I guess it'll just be him, Romney, and Ryan reaching across that aisle.
Posted by ModeratePoli at 11:50 PM