Sigh--I voted for the hack

Yesterday was the special election to fill the senate seat left vacant when John Kerry became Secretary of State. I voted for the hackish Democrat, Edward Markey, who is too old and too doctrinaire liberal. How does it get to this point?

First, too few Democrats ran for this plum seat. This is a change from 2009, when lots of Dems ran for the seat that the Republican Scott Brown ultimately won. Most of them looked like hacks--very typical lock-step liberals. Michael Capuano seemed different. He proudly supported some of the compromises he made--and I love a good pragmatist. However, it seems that Capuano didn't even want to run this time, and cleared the way for his fellow (though lesser) House colleague, Markey.

Markey, as I said above, is a liberal hack, but a reliable one. I wanted to like his opponent, Steven Lynch, but the guy, also a House member, doesn't know what he's doing. During one debate, Lynch accused Markey of "knowing policy, but not people" [paraphrase, exact quote not located]. Horrors-- Markey voted against some verbal declaration on yada yada, but that's terrible. In Lynch's mind, it's worse than voting against the bank bailout that salvaged the economy, as Lynch had done.

I generally want to vote for the more moderate candidate, but that doesn't extend to stupid.

It's a bit harder for me to vote for a Republican right now. We need them to prevent the Dems from going whole hog, but they'd do a lot of damage if they achieved the major share of power in federal government. They might send shocks into the fragile recovery with large budget cuts, they'd do away with the best chance for the uninsured to get medical coverage, they'd enact all kinds of harmful social measures about marriage and abortion...

I'll only vote for a Republican who'll vote against these bad GOP ideas. Gomez claims to be "a new kind of Republican" but he's not for healthcare for everyone. He wants states to figure it out on their own. What a fucking lame excuse. He'll flush away the only decent health plan to pass in the past 30 years on that basis, not offering an alternative, and seemingly not caring about the problem enough to dig into it. There's no way I'll support another Senate vote to repeal Obamacare without a decent replacement in the works.

So I'm stuck with the hack Markey. 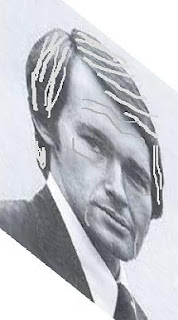 Don't feel so bad, MP. In the end your Senator or Congressperson is just a vote up or down on any particular issue that escapes the morass to reach a vote.

No matter what a GOP candidate may say in Mass., he'd find a reason to vote the GOP party line, and they are all about beating Democrats and making sure that they don't get ANYTHING they can crow about. No matter how liberal Markey is, know that they never get to go "whole hog" because in the end they have scruples and care about more than winning elections.

The GOP, on the other hand, when they get control immediately ram through exactly what they want unless there's a more powerful force stopping them. Look at all the moves in GOP-controlled states on abortion, voting rights (per your next post) and other pet issues. On the national level, in 2001 they got huge tax cuts, a never-ending war with a new enemy, massive structural deficits (which help their wealthy benefactors), and that idiot John Roberts on the Supreme Court.

So imagine how you would have to flog yourself if you voted for the GOP-hack (since in the end they are all hacks) and he won and went to Washington to help the GOP stop everything for their own political advantage?

@Dangerous. It's a plus to have a less hackish senator. Feingold was good, Kennedy was good. Schumer is definitely better than Gilibrand. Neither VT senator is a hack. But the number of hacks must be pretty high, otherwise a hack like Patty Murray wouldn't be in a leadership position.

But a Dem hack is better than even a standard Mass Repub, who will toe the GOP most of the time and provide them with another vote for either their obstruction or to react their crappy ideas. I'd consider voting for a Republican like, um, Colin Powell, or maybe Bill Weld. Hell, I considered voting for Gomez, but he failed to close the deal.

It's certainly not my fault if I end up voting for a hack if it turns out that's the best of the lot. I can live with that vote, but I won't pretend this hack is better than he is.