Security or freedom from surveillance

The exposure of NSA programs (the extent of which is not known) has chased the picayune scandals from most news pages. I don't know if blowhards on the right rue this or not, but I'm happy. Finally, a scandal that isn't primarily about scoring points, but has a very serious question at its core.

The big question, as I see it, is whether we in the US should allow wholesale collection of data by the US government. There are many issues to consider. Is the practice unconstitutional under the fourth amendment? (Probably, but open to interpretation. Here's a reminder of the fourth amendment.)


"The right of the people to be secure in their persons, houses, papers, and effects, against unreasonable searches and seizures, shall not be violated, and no Warrants shall issue, but upon probable cause, supported by Oath or affirmation, and particularly describing the place to be searched, and the persons or things to be seized."

Oh drat--good arguments on both sides. How the hell can I decide whether constitutional rights protecting against warrantless searches are more important than stopping 9/11-like events?

You know, I really don't want more events like 9/11. I want potential terrorists to know that there's a high likelihood they'll be discovered if they try to plot something. If the government collects mountains of data to do that, it's a bit scary. But guess what? My grocery store chain already collects data on me (because I want those discounts, dammit!!!) and so does Google, which keeps offering me stuff I've already bought. The government isn't doing squat with my data that I can tell, probably because I don't trip any alarms with too many visits to jihadi sites coupled with airline tickets to Pakistan.

I am worried that I'm choosing comfort over principle. But maybe I'm choosing survival for thousands of my countrymen, which isn't the same as comfort. Maybe I'm letting my government fulfill its mission to protect  the security of the country, another highly important constitutional duty.

Frankly, I suspect I can't reason my way through this issue. I might just be gathering data and arguments that support the conclusion I already have. That's a problem many people will have with this issue. 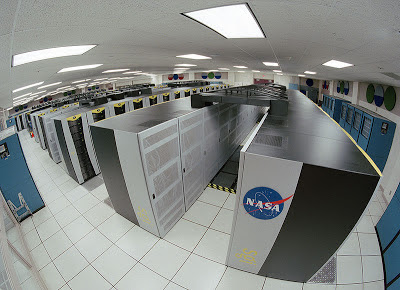 My failed thought experiment: Massive data collection is like watching a school of fish. You don't really see the individuals and you don't know anything about an individual. However, you can pinpoint the one that breaks the pattern. But the analogy breaks down when it comes to telephone usage patterns and internet usage patterns because there must be millions of different patterns.So the government can't be looking for everything that deviates from "the pattern" because there are so many deviations. Probably, they filter for specific behaviors. It's only when there is suspicious behavior that the government wants to determine the individual involved. That might pass a fourth amendment test--maybe.

I am highly dubious of the "50 thwarted terrorist attacks" claim. Where is the supporting evidence? Have there been prosecutions? How were they "thwarted"? What counts toward that "50" number?

I notice they did not give a single concrete example. Certainly among those 50 there was one which the media could trace back to the surveillance program as critical and whose details would not endanger national security if made public.

My prediction is that the entire program is a crock serving the interests of government officials' CYA, contractors bottom lines, and hard-core anti-terror hawks.

It's fair to doubt the NSA claims, but only a few people know more definitely whether their surveillance has preempted a terrorist plan or not.

I wish Wyden had leave to say more about his concerns. Maybe he and Feinstein could both issue statements and also questions for each other so we could have a better idea for support or lack of it. Does Wyden think it's ineffective, effective but unconstitutional? Why does Feinstein support it?

It's funny that you object primarily because it's a waste of money, which isn't the usual argument.

Regarding the other objections:

1) Is it intrusive? Yes, but only mildly so as you point out. Metadata is collected in many forms by many parties.

2) Might the gvt go beyond metadata to content? Yes, and if they did that would be more troubling. I doubt they'd have the manpower or even computer power to do so effectively. 90% of communication is context. Are they talking about a terrorist attack, or discussing the latest thriller movie?

3) Is it Constitutional? That's a matter of opinion, no matter what the Supreme Court or other branches might decide. I'd say probably not, without probably cause, but it depends on the level of intrusiveness and "expectation of privacy". Since you're using commercial services to make phone calls and such, you have little expectation of privacy on metadata. You have full expectation of privacy on content and a presumption of innocence as to motive. Are you gathering information on the web about terrorist groups because you are thinking of joining, or to research a novel? It's none of the government's business without probable cause.

For all other objections, there is room for argument. But only if it is really effective for the money we spend on it, because it's definitely our money and it's supposed to be about our security, not a contractor job security or an official's need to CYA in case of a real attack. Hence, I think we shine maximum light on our gvt's activities by questioning the cost/benefit.