Just before vacation, I finally realized that there is something worth exploring in the Benghazi brouhaha. Now I'll start that exploration.

Salient Point A. I think we can all agree that the Benghazi consulate wasn't well enough protected. The deaths at the consulate clearly demonstrated that on Sept. 11, 2012, so I don't think there's any controversy over that opinions.

Salient Point B. I hope we can also agree that the Obama administration explanation for what happened at Benghazi changed between its first explanation and ones in the following weeks.

I can't really say that much about Point A. I don't know how we provide security in rougher parts of the world, or how we could or should do better.

Point B, on the other hand, intrigues me. The Obama administration had to change what it was saying about the attacks. There could be many reasons for this. Here are a few obvious ones:

Although Option 1 could be true or partially true, I'm not believing it at this point. It's true that the situation was volatile and communication wasn't normal. However, it seems strange that some in the administration (Hillary Clinton, then Secretary of State and direct boss of the ambassador who was killed) didn't participate in delivering this mistaken message. It seems possible that she knew parts of this story weren't true, and she didn't want those lies on her resume. I'm choosing this as the likeliest explanation for why Clinton wasn't delivering the administration talking points, but that job fell to Susan Rice.

Option 2, that the administration concocted a story that made them look less bad is very likely. However, it ignores whether the people formulating the concoction knew what they were trying to hide. I think they did. It wasn't campaign operatives involved in sorting out the talking points, it was the State Department, the White House, and the CIA.

So I think Option 3 is closest to the truth. The WH, State Dept, and CIA wanted to cover something up, so they figured out a cover story, but that story failed within several days.

There are other aspects that support Option 3. The administration has muzzled the survivors almost completely. That takes a lot of power or persuasion, so it's probably not within the capabilities of campaign people. I have to wonder what the survivors could tell us, and why the administration is working so hard to stop them from talking. The muzzle on the survivors is Salient Point C. I don't know what it means, but it sure seems significant.

It will take me plenty more research and several more posts to unpack my thoughts about Benghazi. I'm going to have to read some of those official reports, and that's not going to be fun. Wish me luck... 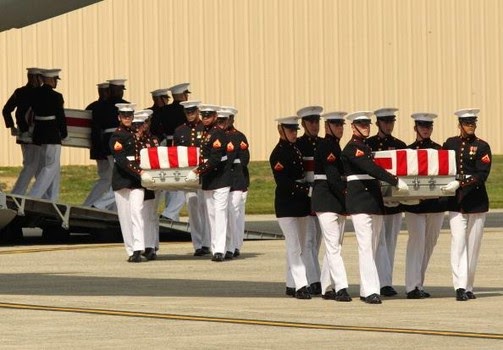 Posted by ModeratePoli at 8:52 PM

I look forward to your further analysis on this subject. I cannot find it to say so but I also liked your analysis of the causes of the financial crisis. To often, people think their opinion needs to be complete and by forcing conclusions, arguments get shaking. You admitted to the known unknowns in that scenario. Do you have that link?

@get, thanks for your kind words. It's nice (and rare) to be appreciated.

About the financial crisis, this list probably contains the post you're looking for and others on the same topic. Also, you can use a Google or Bing search with 'moderatepoli' and the topic. It works fairly well.