My  review of the Benghazi incident spurred me to reevaluate the role of lies in a political campaign. I've rather unhappily discovered how much you may have to lie, not just to win, but to deny victory to a scarier opponent.

It's strange to be thinking this way because I really believe that most Americans see through the lies. So if the lies are transparent, why do you need to make them in the first place? On the other hand, I don't see more honest candidates doing very well. Ron Paul is probably the most honest candidate I've seen, and lots of Republicans can't stand him because of it. (Note that even Honest Ron doesn't mind using obscure election rules to grab higher numbers of delegates than his share of the vote.)

So if too much honesty is a liability, how much is 'just right?'

What the hell is going on here? That question about honesty is disgusting, and so antithetical to what ethical people.usually have to consider. Have I finally converted from believing in honesty to putting my lot in with realpolitik? God I hope not.

But maybe I have. I expect candidates to lie and pander most of the time. My pride is in being able to see the lies, read between the lies, and find out what they are hiding. I think I'm good at lie detection, and all those lies keep me busy and proud of my handiwork. I've thought politicians were hacks for not lying well and revealing what they actually thought.

Maybe I'm part of the problem. However, I can't pretend what isn't true, and the truth is that there are no honest politicians. I can't change that fact, so I have to deal with it. And if honesty isn't going to be the yardstick, what is?

Maybe these: Good judgment, the ability to get important things done, effectiveness, avoiding the big mistakes.

This is what I want most in elected officials. And looking at this list, I think it's the same list I've used for years. I've been making pragmatic choices, picking who's going to do the best out of the available options.

It's not that I've changed and gotten too jaded. It's just that I'm more aware of how politics works, and particularly the unavoidable underbelly of lies. Well, that's a relief. Or is it?

If lies aren't so bad, what place does honesty have in politics? Here are some of my initial ideas: Be honest with yourself. Don't settle for a convenient story just because it supports the party you prefer. Be honest in your discussions. When you're not a politician who has to get elected, you don't have the excuse to lie that they do, so stay away from the talking points and take a hard look at reality.

And everyone, especially politicians, should remember that lies get found out and the truth usually emerges eventually. If the truth is going to come out, why bother with the lie? Take your lumps early, admit the mistake, learn the lesson, and move on.

This would have saved a lot of the trouble with the lingering Benghazi issue. It's not too late to find a way to acknowledge that the Benghazi story wasn't the truth and to reveal all the truth that isn't a security problem. Are you listening, Hillary? 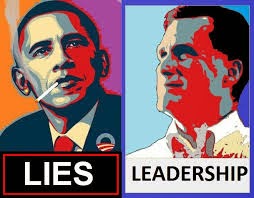 Yeah, sure, I believe that.
Image: israeliidf.wordpress.com
Posted by ModeratePoli at 7:19 PM

First, Benghazi wasn't a "mistake" in any manner. It's no more a mistake than it was a "mistake" for those girls at UCSB to be sitting on their lawn when the crazy guy happened to decide he wanted to kill a bunch of people.

State Department officials are easy targets on purpose. They can't do their job if they surround themselves with military force (the opposite of diplomacy). Amb. Stevens knew this and went to the lightly defended Benghazi consulate anyway. Was that a mistake? If it's only in retrospect based on the events that occurred, I'd argue no. It's just a calculated risk. Thousands of diplomats do so all the time without any negative outcome, and positive messaging since they show their willingness to take those risks.

Nor do I see any "lies" from the Obama administration about Benghazi. (Feel free to point them out, if you can, but your burden of proof level for a "lie" is that it's clear and convincing of a known, patent untruth. Otherwise, it's just spin, which all administrations (and legislators, and housewives, and six-year-olds) do all the time.

Compared to the Bush II admin lies about WMD in Iraq (either willful lies or willful blindness to the truth), Benghazi is small potatoes. Obama's political folks wanted to avoid the over-the-top negative comments and judgment their political enemies would unfairly heap on them. Those same parties or their earlier proxies showed little or not problem with Bush II obvious lies and still do.

But your basis to decide on who should hold power is valid. Benghazi or "you can keep your health plan" are hardly Obama administration best moments, but in the highly charged political environment when the opposition meets none of your criteria, you've got to be ready to cut Obama a little slack. After all, a GOP president faces the same Benghazi situation would probably start a war.

Is that a lie? Most people would say no. There's a lot of fine print that you can't read in the ad (even though they are required by law to post it as a disclaimer) and everyone knows that you can't walk into a Mercedes dealership and sign a contract where your bill each month is $399 without taking into some other critical provisions.

The same is true for Susan Rice on those Sunday shows, and Obama's impolitic promise of keeping one's health plan. If everyone else is only citing the favorable header, and there's little or not time to get the full truth disclosed, you can hardly blame everyone else in the game from doing the same thing.

So "Take your lumps early, admit the mistake, learn the lesson, and move on." doesn't work in the real world. In that real world the opposition piles on, they declare that your judgment on everything is flawed from any mistake, they extract every last ounce of retribution they can, and never let you live it down.

Litigation of public policy and leadership is ugly, but it's all we've got. Effective spin buys time for perspective.

"First, Benghazi wasn't a "mistake" in any manner. It's no more a mistake than it was a "mistake" for those girls at UCSB to be sitting on their lawn when the crazy guy happened to decide he wanted to kill a bunch of people."

Not exactly. From what I've read (no link immediately, but I'll source if it goes into a post), the British had already pulled out of Benghazi due to the militias there. We decided to live that the risks, and 4 people died for that decision.

As admin officials lying about Benghazi, it was interesting that the story they told about the attacks changed, and the change wasn't due to an on-the-ground investigation but because Fox News was hammering them.

Do we really know that taking your lumps doesn't work? Of course politicians fear that any such admission is going to be repeated thousands of time, especially during the re-election campaign. But maybe politicians can tell a convincing story why they won't make that mistake again. Instead there's the pretense that Politician A is perfect and Pol B is considerably less than that.

Maybe finally we'll see how a major candidate handles the situation, because Hillary will have to come up with something to say. It should be better than "what difference does it make?"

I think you proved my point in every respect, MP.

Of course Amb. Stevens knew the risks in Benghazi (or in Tripoli, for that matter) but he's the US ambassador to Libya! He or any ambassador can't run and hide behind a wall of military protection and do his job. So you can challenge the wisdom of having ambassadors in potentially dangerous situations in general, but you can't assert that the decision was a mistake simply because the willingness to accept a calculated risk had a negative result in one case. The Secretary herself (as well as her predecessors) risk assassination all the time, but it happens only rarely.

And as regards then-Secretary Clinton's comment, here is the full relevant transcript:

She had already given a "better" answer, but the Republican Senator from Wisconsin continue to press, not with a question, but with a false statement of fact about being "misled", when the facts about the motive and impetus for the attack were muddled and inconclusive. That didn't play well politically for the GOP at that point, so he forced Clinton into an unforced error in phraseology.

Which, by the way, she has. In her soon-to-be-released memoir, she accurately states that the motives for all of the participants in the protests and attacks in Benghazi that night were varied and transitory.

US embassies and consulates experience protests all the time. It seems pretty clear that certain parties bent on murder and mayhem used a spontaneous protest about the anti-Islamic video as cover for their efforts. Perhaps they were waiting for the opportunity and had it plan. Perhaps it was a quickly hatched plan of opportunity. Maybe it was just coincidental timing. What difference does it make?

So Obama and Clinton and Rice and others spun the events to minimize aggressive political fallout from the GOP calling it a "terrorist attack" and then saying Obama and Clinton were/are "weak". That was coming (and so it came), they knew it, knew it would be unfair, so they let the fact of the spontaneous protest be the primary talking point. To the vast majority of voters, the outcome was a big "so what".

But for the GOP, whose candidate got crushed in debate #2 on this issue, they refuse to let it go and want this to be the defining issue since they have some small advantage. That's lawyer tactics and I'd hope that you would know better than to credit them.