The Empire RINOs Strike Back!

The Tea Party supporters threatened to primary establishment Republicans. Then their supporters warned the establishment not to fight back. I had read so many comments telling the Chamber of Commerce to stay out of the primaries, telling other groups not to endorse, etc.

Well, what do you know? The establishment has decided not to sit down and let only the Tea Party campaign. Instead, they are doing what professional politicians do--making deals, lining up supporters, buying airtime for spots attacking opponents, and generally trying to win their primaries. Oh, the infamy!

This long article talks mostly about the primary race in North Carolina, but uses that race as a template for what is being repeated in lots of GOP primaries. The strategy doesn't sound complex--just use the usual tactics. It isn't clear why the establishment candidates weren't doing this in prior primaries, but it's evident they aren't holding back this year. Well, OF COURSE. You shouldn't come to a fight unarmed. And your opponent shouldn't expect you to. That's how it's done in the real world. 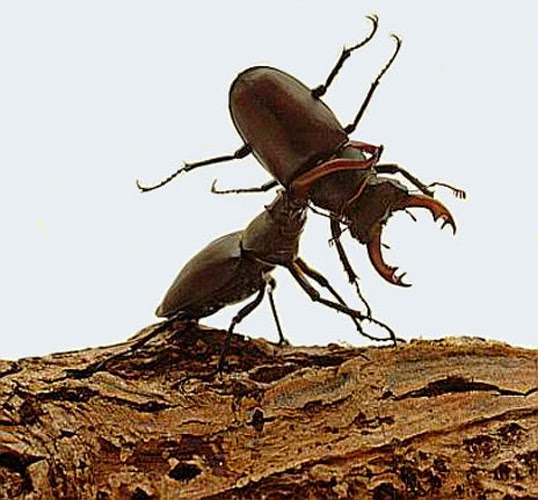 
Extra. Palin isn't endorsing yet in North Carolina or Kentucky despite pleas for her to. Why not?  Because she stands on principle. (The principle that she wants to smell like a kingmaker, not a loser.)

Update 5/6/14. This is a great rundown of other races with a listing of what groups are supporting which candidates.
Posted by ModeratePoli at 10:56 PM

The articles I have read on this subject suggest that they held back last cycle because just they didn't take the threat as seriously as they should have. They also thought they could control them once in congress.