What conservatives convey when they say "unAmerican"

So Obama is unAmerican, yet again. This time it's Rudy Giuliani making the accusation, but he's had to walk it back a bit. It's no longer that Obama doesn't love America and doesn't love the American people. According to Giuliani, Obama just doesn't tell us often enough, so we're left sad, wondering and bereft, uncertain whether the Great Father loves us.

What a bunch of nonsense, yet it plays over and over again.

If these conservatives had any idea about the connotations of calling someone 'unAmerican,' they'd be a whole lot more careful. As part of a minority group, I know what it means to be degraded and treated as subhuman. It doesn't happen often, but the sting of it is visceral. It goes right through the core, and spawns amazing anger.

Image this. I was born in America, so I must be American, right? The only way I wouldn't be an American is if:
Since I haven't emigrated and I'm not selling military secrets, people who would call me unAmerican must mean that I'm subhuman.

Just consider this contrast: in my family, I'm loved as one of 'us.' We have powerful mutual bond of caring. But to some people, I'm lower than a dog--a blight on the earth. In their selfishness and hate, they wish I didn't exist even though I haven't done anything against them. Those feelings are at the opposite ends of a spectrum, and that's what being the target of prejudice is like.

For someone who has been the victim of prejudice, the pain is a memory seared into your soul. This talk about Obama as 'unAmerican' brings back the memory with great intensity. I remember exactly what it felt like to be bullied and hated for being different, and I will never be on the side of those bullies. So I'll never be on the side of the Republicans who do this.

I don't think I'm the only one who reacts with visceral emotion to this kind of language. I think this is a common reaction among people who've been discriminated against. I've certainly heard first-hand stories with that undercurrent. We may not be able to rid ourselves of all prejudice, but we don't have to throw these kinds of insults like grenades.

But some people don't get it. It's as though they've always been on top, always been in the majority, always had enough money and advantages. They don't realize that calling someone 'unAmerican' is dehumanizing. They don't know that visceral feeling of being rejected and discriminated against. It's ironic that you have to go through a particular kind of pain to understand it. I guess some Republicans literally don't understand.

But that's not an excuse for being so nasty and lacking empathy. It doesn't take a lot of sense to learn that 'unAmerican' is an insult of major proportions, and it shouldn't be used carelessly. The ire that it creates, and the counter-charges of racism, are completely understandable. No more excuses from those who use this language.

Maybe I'm cooling down, and can apprehend other meanings. Perhaps people who use the term mean something closer to "this isn't good for America as a whole." That's plausible too. But they are still blind in the implications of using a word that so often means 'traitorous' or 'subhuman' in many contexts. As I said, no more excuses. 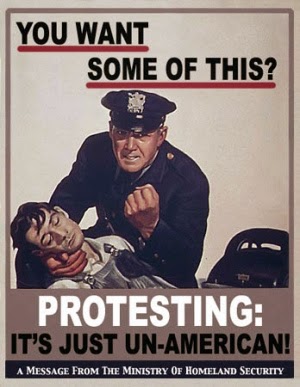