Good news for Dems. A court ruled that Pennsylvania was gerrymandered to benefit Republicans illegally. Therefore, when the new district lines are redrawn, the Dems may pick up several easy wins.

Do nothing Congress. A poli-sci professor reads the signs and predicts that Congress won't do much this year. Congress probably won't pass a budget resolution and therefore can't use reconciliation to pass bills with only 51 votes in the Senate.

Vain hope on immigration. This item was more meaningful before the Senate failed to pass any immigration deal today. In the House, a group of 48 reps are trying to reach an immigration agreement.

The story behind the Clinton's email server. A reporter read all the notes about the email server, and shares what he learned. Clinton was weird and backward when it came to using electronics, and that was the main consideration--how to kludge up something she could use. That is so sad. For the info, skip down to 'Act One.'

Trump's budget. Good graphics. I have to check more, such as the highly important question of the projected deficit. 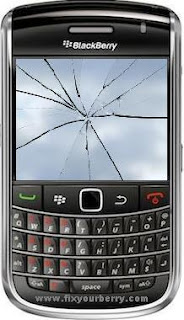 Posted by ModeratePoli at 12:08 AM

I read a chunk of the Clinton e-mail story and stopped when the NPR transcript's narrative fell into the same rabbit hole as just about every story on this topic. There are two central fallacies to the entire episode, although I will admit that Hillary Clinton and her team handled it badly, but not because she kept a private email server in the basement of her home.

Fallacy #1 -- "There was something suspicious and deceptive about a private email server." This is completely false. It may "look" bad to have a private server and to have it operate in one's basement, but that's just appearances not facts. Hundreds and hundreds of people received emails from Hillary Clinton and her aides which were CLEARLY CLEARLY CLEARLY CLEARLY CLEARLY marked as NOT coming from the state.gov domain. I don't know the exactly email domain name, but it was something like "hillaryclinton.com", not state.gov. So it was NOT a secret she had an email server and domain name under her control. Whether it was hosted by a server in a secure location (such as the basement of an ex-president's residence) or an unsecure location (like GoDaddy.com server) is irrelevant except for appearances. The argument is sound that it was likely MORE secure in her residence.

Fallacy #2 -- "Classified information was shared on her 'private' email server." This statement is true on its face -- as the FBI has demonstrated -- but entirely irrelevant to any supposed carelessness or wrongdoing. Every news outlet every day reports and shares 'classified' information, doing so without any knowledge that some agency somewhere chose to classify that information whether it was already available to the public or not. Maybe Angela Merkel has some personal financial problems because her kids overspend or something like that. One department in the government might classify that information before or after a German gossip web site posts the same information. Just having or sharing information that is "classified" is not an offense. As the FBI confirmed (except for one VERY VERY VERY minor and easily overlooked case of a '(c)' marking) none of the items on that email server were MARKED MARKED MARKED with any official classification. So much information is classified that nobody could possibly know what non-marked information is classified by some other agency of the government, even those at the highest levels. Without clear examples of what the FBI has considered 'classified' information, and who classified it when and why, this is a charge without teeth that would NEVER NEVER NEVER NEVER survive even minimal unbiased scrutiny.

She got a raw deal on all of it. The argument that she set herself up for it is bogus. Nobody can be faulted when they receive a raw deal against them. That's what makes it a raw deal. If not this, it would have been something else.