I never studied  the concept of natural law, and was familiar with it mostly from conservative writings. Natural law justified discrimination against gay sex, and maybe many of the ideas against equal rights for women and against contraception. Ugh.

Recently, I read this fascinating article about natural law, ethics, and evolution. Finally, a clear explanation of the concept of natural law:


Step one: look at what happens ‘always or for the most part’ in nature to determine its laws. That investigation will reveal the natural and proper ‘functions’ of organs and activities: those that Nature, so to speak, ‘intended’. (If Nature is just another name for God, then the talk of ‘intent’ can even be taken literally.) Step two: use the resulting observations to determine what we ought to do – and especially what we ought not to do – according to whether it was found to be ‘natural’ or ‘unnatural’ in step one.

So natural law told us to look at nature, see what 'normal' was by function, and also identify what varied from 'normal.' Oh dear, it looks bad for gay sex.

However, the article moves along and points out that variation is not only normal in nature, it has also been instrumental in the evolution of all living things. Variation itself is not abnormal, but necessary and (can we say this) good:


If no abnormalities had occurred in the past 4 billion years, you and I would still be bacteria.

That's pretty convincing, at least to me. I'm not a fan of ethical systems that demonize gay sex. I'm happy to see huge gaping holes shot into natural law. I'm not sure the rest of the article hangs together as well, but I definitely enjoyed the beating it gave to natural law. (Take that, Clarence Thomas!) 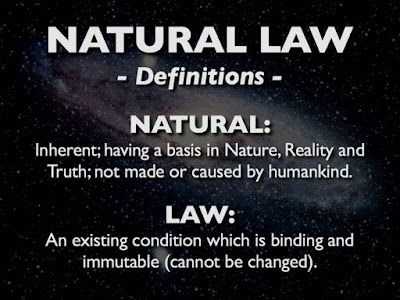 Posted by ModeratePoli at 9:44 PM