I wasn't expecting any surprises from the Mueller report, and I didn't really get any. No conspiracy between Russians and the Trump campaign - no surprise there. Russia did its thing without help from Trump, which really was the smart approach. Everything about the Trump contacts with Russia have already been leaked, thank God.

There were no surprises on the obstruction issue either. Trump was furious, wanted to fire Mueller, but was stymied by McGahn. I'm pretty sure this was reported already. Just to check, I fired up Google with the search term "McGahn refused fire Mueller," select some dates, and found plenty of articles, like this one from The Hill.

So what was new? I googled "surprises from Mueller report," but didn't get great results. Then I hit on "previously unknown Mueller report." That was the key.

So what's new? Trump dictating a hilarious statement for Jeff Sessions to read (full text here). Trump saying "I'm fucked" when he heard that a special counsel was appointed. Sarah Sanders admitted to Mueller that some of her statements (concerning countless FBI agents dissatisfied with Comey) were based on nothing. KT McFarland was asked to lie, but didn't. This was vaguely familiar, probably because she was squirrelly about some of her answers at confirmation hearings. I found a good list here.

I wasn't surprised that there weren't other conspiracy charges. The last indictment from Mueller would probably be the biggest. The last one was of Roger Stone, and he was charged with lying, witness tampering, and obstruction. The indictment told how he was in contact with Wikileaks, and that's the closest that anyone got to conspiracy.

So nothing really big from the Mueller report. The MSM had been reporting things all along, and they handled self-correction pretty well. Note that there wasn't any bombshell that Seth Rich had leaked the DNC material and was killed for it. Think of the many accurate reports in the media: Papadopoulus being approached; Manafort, Trump Jr., and Kushner in the Trump Tower meeting, McGahn refusing to fire Mueller, etc. The media seems to have been correct on those stories.

Of course, there are the redacted parts, and there may still be a few surprises. My guess is: nothing big. 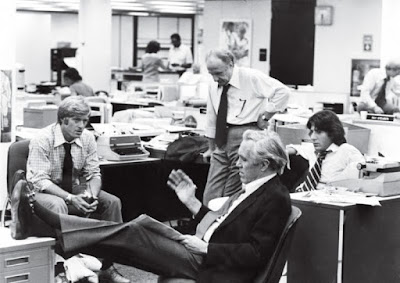 Posted by ModeratePoli at 7:17 PM