Partisanship is more the norm, but bipartisanship also has a robust history. I was asking myself the question: is it really worse now than it was in the past? Yes, I think so. In the past 3 years, Congress has negotiated virtually no bills. A few measures have been so popular that they passed easily, most recently a jobs bill for veterans, but that it isn't the hard work of negotiating a compromise. All the compromises in the past year have occurred as time ticked down to a shutdown or a hard expiration date.

A welfare reform bill or education bill worked on by both Bush and Kennedy would be unthinkable today. There had been camaraderie among senators in past years, but not now.


Not So Small Beginnings
I tried to think back to when this nearly constant animosity started, and I think it was during Reagan presidency. There won't be any proof of this, but I think there was a near constant barrage of disagreement and belittling critique of the man, his intelligence, and his policies. It wasn't surprising, because Reagan was an existential threat to the liberal-leaning status quo. He wanted to roll back a scary number of the gains liberal had made: welfare, abortion, tax-free student loans, decreased military spending, women's liberation.

One of the most blatant of the liberals' attacks was on Robert Bork, Reagan's nominee to the Supreme Court. Republican neither forgave or forgot, and Supreme Court nominations have been generally been contentious ever since. (To be clear, I agreed with the fight against Bork. He was a frighteningly persuasive reactionary, and I don't use those terms lightly.)


"I'll see you and raise you five."
This form of partisanship, with constant attacks, became even more pronounced during the Clinton administration. The tools--congregational hearings, constant news leaks, rumors, special prosecutors (blessedly defunct now)--had all been used before by Democrats out to embarrass a Republican administration. Perhaps the Republicans added a few new tricks, such as finding PACs or think-tanks that would  financially sponsor accusers on press junkets (though it's possible that wasn't a new twist).

The Republicans really upped the ante with their impeachment proceeding against Bill Clinton. Even a strong electoral repudiation of the Republicans didn't deter the House Republican leadership, who commenced impeachment proceeding after losing a significant number of seats in the 1998 off-year election. Since then, the partisanship has barely had even a Christmas truce, except perhaps Gore's altruistic concession of the disputed 2000 presidential election. Each president has been accused so often of being "the most polarizing figure ever" that it could be a title equivalent with 'Mr. President.' I'm so tired and cynical about all this partisanship that I don't want to chronicle any more of it in this post. Suffice to say that it continues unabated.

I don't have a hopeful note to end on. No pithy quip. I still pray for an end to this partisanship, but without any spirit of hopefulness. Sorry to be such a downer. 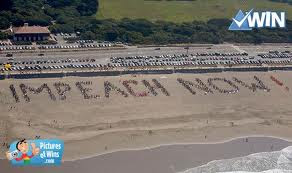 ... just another day at the beach