Do you know the joke about being born on third base and thinking you hit a triple? We need a version for Santorum.

He was the least attractive of the not-Romneys, so he was the last to receive attention and the "bump." His luck was that his bump came so late it coincided with the Iowa caucuses. He's like a person in the last car on the roller coaster. He's only up there because everyone else has already been there and dropped. 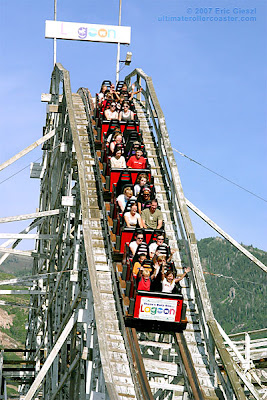 Extra: If a ferris wheel metaphor would have worked, I'd use this pic. Let's see...


Santorum wins because he happened to be in the top car with the plane hit. ...

See, it doesn't work. But enjoy the pic anyway. It's too good not to share. 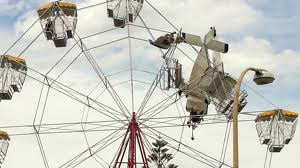 Posted by ModeratePoli at 3:57 PM

I detest Santorum for his offensive culture warrior actions. And I support what Dan Savage did to his name, otherwise known as Santorum's Google problem. I'll be putting these links in my comments, but not in my posts unless relevant.

I am a Canadian male, retired, and read a few of Santorum's comments on gays. Odious. We have our Santorums above the 49th. It's sad that so many Canadians think like the taliban Catholic bigots down your way.

@maplejoe,
I love your name, and you made my day. Thanks so much.

Sorry to hear that this bigotry is too common in Canada, but it's definitely getting better here and many places. As Andrew Sullivan says, know hope.