Try this experiment with Google

I was thinking about our country after looking at a photo of a scene in Ferguson, Missouri, which was the site of a police shooting and subsequent protests for several weeks (and also some rioting and looting), It seems that Ferguson is pretty peaceful again.

The photograph was of a family walking with bags from the Family Dollar store, a store specializing in inexpensive merchandise. 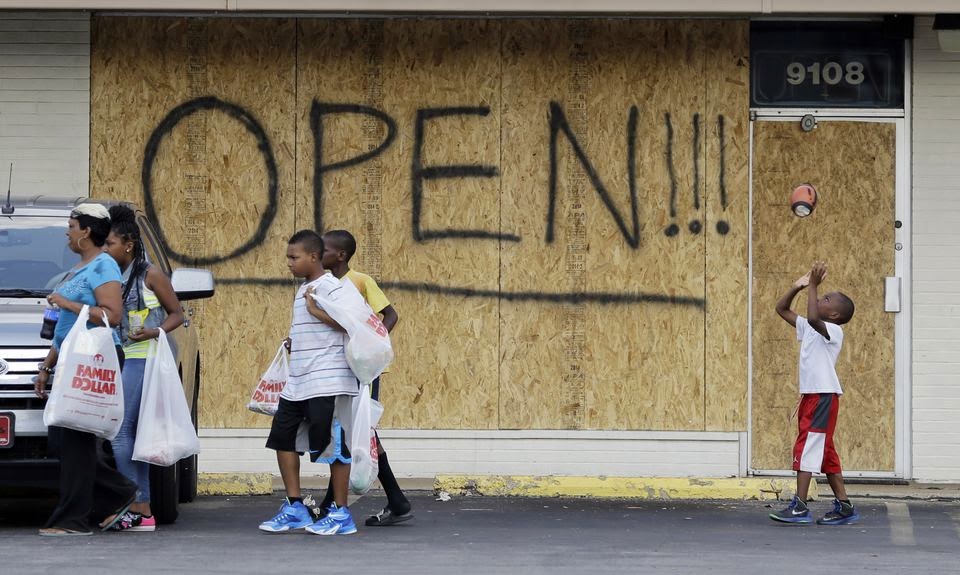 I really liked this photo. To me, it looks like the family bought themselves some inexpensive goods, maybe including a few treats. These are regular, unpretentious folks. I like that we have diversity in this country--the rich, the middle class, the lower middle class, the working poor, the non-working poor. We have them all, and I'm not at all ashamed of that.

In that train of thought, I decided to find images of "poor people in Sweden." It's a very disappointing search. There are pictures of Swedish aid projects in climates where palm trees thrive. Are there any pictures of poor Swedes? No.

Not even Bloomberg Businessweek could find a picture. Here is their take on the gulf between rich and poor in Sweden: 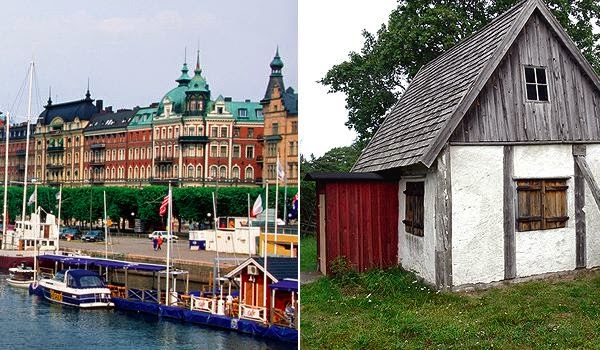 The "poor" house on the left is a historic example of a house from over a century ago. I did find a few articles: about riots that involved the poor and immigrants, begging, and Roma shacks being demolished. Among native Swedes, poverty is gone, I guess.

I doubt that Sweden is a good exemplar that the US could follow, however. It's a much smaller country, and not the melting pot we are. We are who we are, a very mixed bunch. I'm ok with that.
Posted by ModeratePoli at 1:13 AM