I'm not sure I've written that yet in this blog, but that's been my opinion, backed up by observation, for some time now. I haven't found one nationally-known politician yet who hasn't lied. Even self-declared truth-loving former presidential candidate Ron Paul has lied.

So here's a case of another politician lying. Why should anyone look at it? Because it demonstrates a part of of the reason for the lies.

Paul Ryan went on a Sunday morning politics show and answered some questions about a statement in his new book. (Hint: new book = running for president.) He wrote that he knew the GOP's 2013 shutdown stunt was a suicide mission, but he didn't declare it at the time for "party unity."

A couple minutes later, he's asked whether he would support Ted Cruz if he were the GOP presidential nominee, or Rand Paul. At the mention of Rand Paul, Ryan actually laughs. That laugh could mean lots of different things, but it's probably not a sign that Ryan looks forward to that possibility. Yet, a second later, Ryan is affirming that he would support whomever the GOP nominated. And he probably would.

That's part of the problem with politics. You have to support a bunch of jackasses because they're in your party. And that's not totally stupid because the jackasses in your party aren't as bad as the real jackasses in the other party. Except sometimes they might be worse. Paul Ryan may actually think that Ted Cruz would be a nightmare and Rand Paul would do decades worth of damage in one term. But he can't say that.

I'd love for Paul Ryan to be able to say it, but we can't in our party-based system of politics. I wish I could nuke the whole thing except it would be back in a few years. I hate party politics but I don't see an alternative. 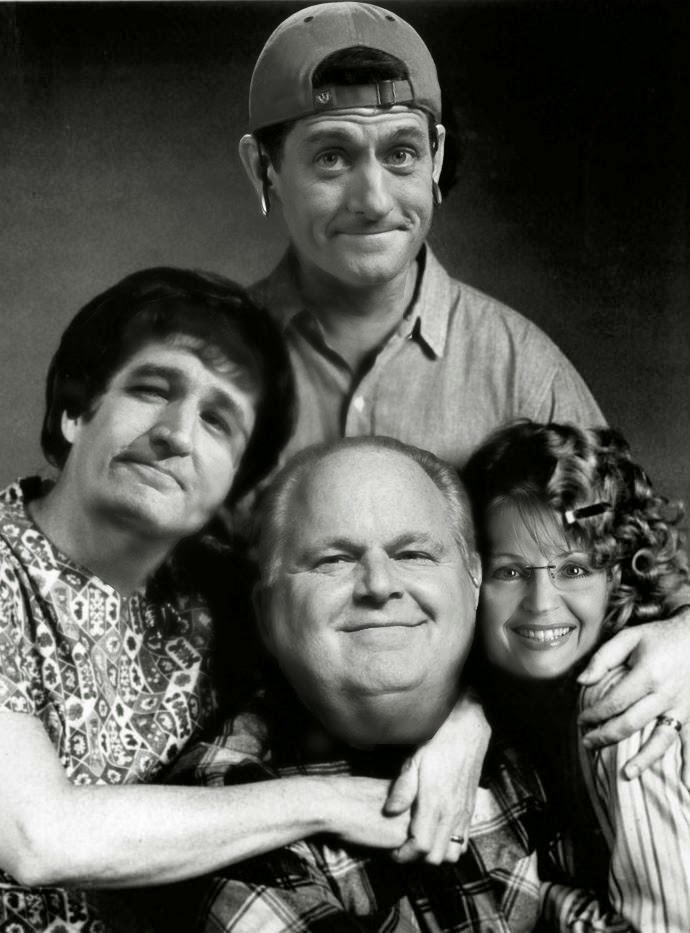 They're not heavy, they're my ...
Image: jackcalvert.blogspot.com

Posted by ModeratePoli at 5:14 PM