Jonathan Gruber, an MIT economist, had the worst week in Washington when video surfaced of him talking about the ACA law. He broke one of the rules--you have to pretend that American voters are logical and willing to take some pain for the greater good. Gruber actually used the words "the stupidity of the American voter."

But heaven help us if someone connected to the administration should say that voters are stupid. Here is Reason magazine, pretending that it's extraordinary that Gruber wouldn't be totally upfront about the bill:


"What it shows, in other words, is Gruber openly embracing a strategy of messaging manipulation and misleading emphasis even while the bill was still being debated."

Wow! How dare he participate in messaging manipulation. How could this happen in our country--that someone would even contemplate manipulating the perception of a political issue?

I don't know if honesty has a place in politics anymore. I certainly don't see consistent honesty from any politician. I see so many lies that I expect it 100% of the time. Because of this, I work like crazy to dig out the truth, and most of the time I don't know if it's truth or not.

The only good thing I have to say about politicians is that what they say isn't the exact opposite of what they truly believe or want. It's maybe within 30 degrees of what they believe to be true. So a politician may say that the economy will surge when we cut taxes, and the economy won't tank. But he made that prediction, not based on knowledge, but on hope and partisanship. Politicians could never get anywhere if they only spoke the truth, so let's give them a break and not go ape-shit over the inevitable double-speak we get from them.

One final point--what about the hypocrisy of those who complain about stupid voters? I bet everyone who complained about Gruber's comments actually believes a lot of US voters are stupid. Does anyone really believe that American voters are largely intelligent and well-educated about the issues? HAHAHAHA. No one believes that. 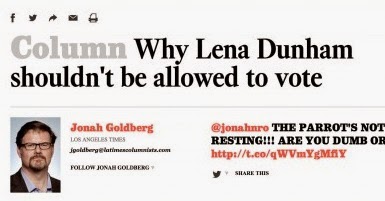 Since I began writing publicly, about six years ago, my real and fundamental interest has been to improve American public education. At least 50% of any graduating class from American public schools fails to have the basic knowledge, reading, writing and arithmetic, needed to be a productive citizen in a modern society.

Yes, a lot of American voters have no idea the substance of issues for which they vote, for or against. It is all sound bite, individual passion based on ......, etc. How can any democracy stand and govern effectively with such "mass voting"?

Voters, almost all of them want instant results. Fix it and fix it NOW is there call. Impossible I say to fix tectonic changes overnight.

I just wrote a short blog on Japan's 20 year decline in economic matters. I believe we are about 7 years into such a decline, starting with a crash and now stuggling to arise again, with little real success. No president will turn around a struggling economy overnight. But any presidential campaign will claim their guy or gal can and will do so if only ........

Dumb voters believe that and here we are today. A stuggling economy, flaning all over the world with an ambivalent foreign policy, facing multiple threats from around the world and allied with a region, Europe in a bigger mess then we are today.

We are where we are because of "we the people". Changing that will take ....... (years, decades, a century, or will we just decline to something that Americans do not want to see at all, over TIME)

Plot three honest curves. The downward trend in public education, economic wherewithall and foreign influence. All three go down rather dramatically and all three are linked back to "dumb Americans", at least in my view.

@anson, I don't really belief that Americans are getting more stupid. I think we've always had a share of functional illiterates and people who can't do arithmetic. It's just they'd drop out of school and get a job in a factory, warehouse, or restaurant. When I worked in a factory 30 years ago, plenty of those on the production line couldn't write a grammatical sentence.

One other factoid--the people who write IQ tests have had to make them harder over the decades, otherwise the average IQ would now be substantially over 100. http://en.wikipedia.org/wiki/Flynn_effect

So I have to wonder if there really is a decrease in learning. Do you have data to back that up?

As for decrease in economic strength, I agree that's been happening, but that's due to low wages overseas, not educational problems here. Our jobs haven't gone to Germany, they've gone to Mexico, China, and Vietnam--places with lower levels of learning and literacy, not higher rates.