Lies on campus... or rape on campus?

I have little idea what is really happening on college campuses. Is there an epidemic of rape? I don't know. A journalist and the editors of Rolling Stone, who should know this better than me, published an account of a gang rape on campus that turned out to have a lot of holes. The complaining female student used a pseudonym for herself and everyone else involved.

However, unlike many fabricated news stories, this one isn't a total lie thrown together from pieces of others' stories with generous exaggerations. People treating this story as only an example of bad journalism are missing an important point.

Yes, there was incredibly shoddy journalism with zero verification of the story. This story could easily have been totally false--a complete fabrication on the part of the woman/student telling it. We all know that this sometimes happens: Tawana Brawley wasn't raped by police officers and an assistant DA, and Susan Smith's children weren't murdered by a black man who carjacked them.


Another problem - Sexual assault at frats

In this case, elements of the story do appear to be true. The three friends have come forward and told a different story on the record. The victim called them in the early morning, was clearly traumatized, and told about a much-anticipated date turning into coerced oral sex by five frat members. That's not a gang rape by seven men, but it's not nothing either.

Yet even this part of the story may not be true. The actual name of the 'date' seems to been have fabricated by the accuser. Text messages were exchanged, but none of the three friends ever met the 'date' and it turns out that no student of that name ever attended the university. The accuser seems to have lied to her friends years ago, and kept on lying--to rape crisis counselors, to survivors' groups, and to a gullible journalist. (Just an observation, but gullibility isn't a good trait for a journalist.)

Nonetheless, is there a major problem on campuses? I live in a college town, and my experience is that, yes, there are big problems on campus. There is a drinking and partying culture that sometimes runs rampant and ends up in riot, injury, and ridiculous amounts of property destruction. Maybe the riot part is getting better (or maybe it's just reported with less outrage). It's not hard to imagine that rape is a problem too, especially in light of the rapes of a minor in Steubenville, as just one example.

How should we deal with these issues? That's a very difficult question. We have a concentration of people who are of legal age, so they can't be treated as minors. However, they aren't generally very mature.

My background in psychology says that when you want to change behavior, you have to manipulate the contingencies. You have to understand what will motivate people to change in the direction you want them to go. But this doesn't always work, as any addictions counselor, police officer, teacher, or parent will tell you.

To understand how complex this can be, read this fascinating article about fraternities (by Caitlin Flanagan, the same author that inspired this post). Fraternities want to be places where college men have a lot of fun. That has motivated them to figure out legal and financial ways to avoid the legal and financial liability associated with that fun (which is often fueled by alcohol, drugs, and poor judgment). How are you going to change their motivation so that avoiding responsibility is no longer their goal?

That is why I doubt that new rules at the University of Virginia will be enough to change the situation where a story of a gang rape or coerced oral sex in a fraternity was all too believable. 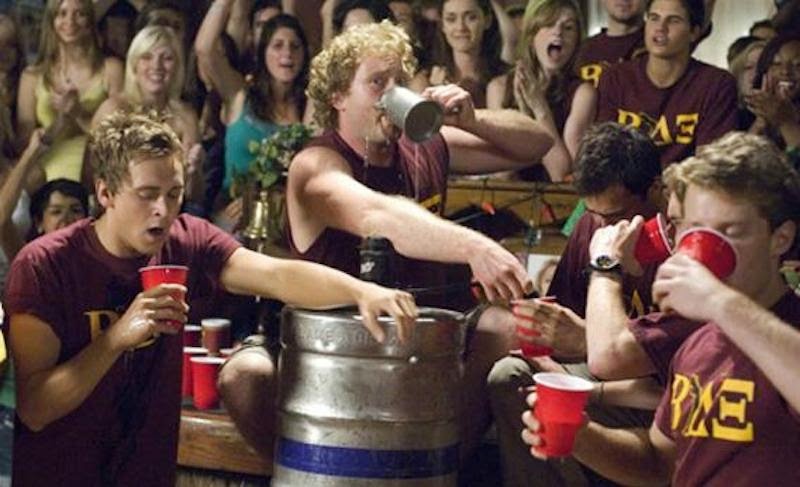