My tab bar is overflowing. Time to clean it up, share, and let this post be the archive.

The tracking average of polls that I've been using is from RealClearPolitics. I like the readability.

Perhaps the best post of all of these: Avik Roy, a conservative with a focus on medical policy, talks about how the GOP and conservatives have become a cloak for white nationalism. The leadership of the party winked at concerns about racism and lack of appeal to minorities, so they didn't see the extent to which it was happening... until this year. My prediction is that the GOP has at least another 4 years of chaos ahead before there is any semblance of unity.

At National Review, there is a long but fast-paced article about the problems with conservative media. The overwhelming problem is that non-conservatives don't get their news and don't trust conservative sources. Then the author inadvertently show why people shouldn't trust conservative media source when he talks about coverage of economics. He used a purely statistical argument to conclude Obama has done worse with the economy, ignoring the context that Obama inherited the biggest financial crisis since the Great Depression. By the same author, conservative media personalities enrich themselves and conservative media is a hive of charlatans. Conversely, the liberal media has been crying 'wolf' for years before they got someone like Trump who is actually terrifying.

All politicians tend to ignore issues that show their weakness. According to Kilgore, terrorism is a weakness among Dems. I agree. It's a serious issue that any government in power needs to deal with. Don't stand there pretending that there aren't dangers because that's denialism.

Trump calling for his supporters to monitor polling places is not only scary, it may be illegal.

Finally, a completely different sensibility in the analysis/theory that Clinton is trying to reach out to GOPers instead of tarring them as disgusting Trumpettes. 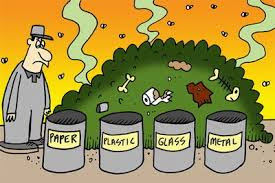 Update 9/1/16. More on conservative media, seconding what was already written, but maybe a few good points besides. By Bill Kristol's choice for president.
Posted by ModeratePoli at 9:58 PM

Interestingly, MP, I've stopped going to RCP for their poll numbers. FiveThirtyEight is far more inclusive (for better or ill) and actually assigns pollster ratings and poll findings both adjustments and weights based on their scientific (potentially pseudo-scientific) evaluations of the pollsters' methodology, history of accuracy, inherent bias (sometimes sampling, sometimes weighting) and sample size. RCP's straight arithmetic sum of their selected polls is feeble by comparison.

You're a quant, MP, so you should recognize that averaging a poll with a sample size of 1200 with one with a sample size of 600 makes little sense. And a poll conducted via robocalls or the internet, with it's strong selection bias, has all sorts of potential for sampling error (i.e., not representative of the general election actual voting population) as compared to human direct calls from professional interviewers.

Even on FiveThirtyEight, I think they give too much weight to low-quality polls. Their algorithm incorporates them primarily for their trend (same poll in earlier iterations), even if their sampling, weighting or likely voter screen methodology raises questions about accuracy. There could be something to that, but one could accomplish the same analysis excluding low-quality polls.

The result could well be a miss in popular vote margin by as large a margin as FiveThirtyEight predicted was most likely in 2012. They called for only about a 2% in Obama's favor, and it was closer to 4%. Given their extensive quantitative analysis of polls, that's a large miss most likely because the weaker polls pulled their margin prediction down. I suspect the same is true because the higher-quality polls all show Hillary with about a 7% margin in the 4-way race (slightly higher in a 2-way), and the lower-quality polls all show a much closer race. In 2012, the higher-quality polls showed closer to 4% (such as Monmouth, which earns that pollster an A+).

The other item to consider is that the cheaper low-quality polls have proliferated since 2012, since they can generate a lot of attention on sites like RCP. With that incentive, accuracy or lack thereof, most people will forget about after Nov. 8.