Alright. I've written before about how MSM lies versus how conservative media lies. I'll repeat it again so no one can accuse me of defending either sort of lie. The MSM lies by skewing what they report, and ignoring or downplaying stories that hurt liberals/progressives. The conservative skews in the same way, but they also report outright lies or fabrications. Their fact-checking is non-existent, and they never apologize for the lies or fabrications they've disseminated.

Ok, that's out of the way. This article discusses several cases of conservative media hyping stories of Clinton's poor health. The Drudge Report, WorldDailyNet, and InfoWars are mentioned.

Plus, there's this claim from a self-declared 'polite' white supremacist. Supposedly the Secret Service carry injectable Valium for Clinton. The evidence is a grainy picture of a person (presumably an agent, but who knows) holding a cylindrical object. It's not clear what he is holding, and certainly not why he is holding it. On this basis, some of the conservative media is making such claims.

Oh, really? Is this any way for a media organization to build credibility? OF COURSE NOT. 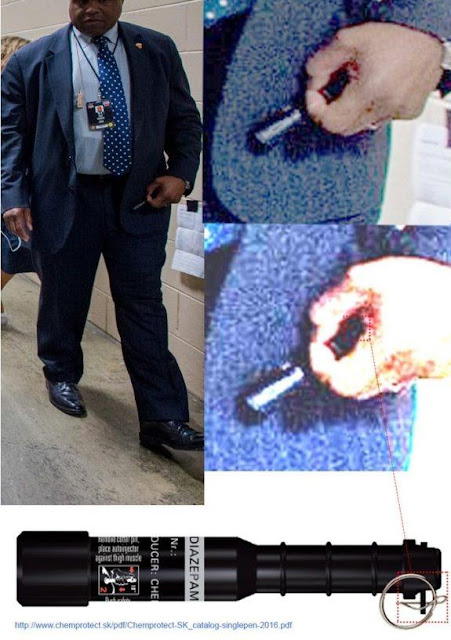