Another roundup of links

What to do about North Korea. This is very tricky, until you realize that the answer from history is obvious. Sometime last year I spent many hours listening to a podcast detailing the history of nuclear strategy. From that I learned that you don't go crazy and make a pre-emptive strike. You sit down and sanely wait things out. That's how the least number of people will die--hopefully none will die. A friend from South Korea was relieved to find an American who gets it. Here's a great article that explains most of the situation, and it only takes minutes to read. As someone who has spent hours and days reflecting, I endorse the article. As my friend says, a pre-emptive strike would mean the destruction of all of Korea. I vote for a waiting stance, and hoping no one fires the first missile.

Black Lives Matter. A good but painful article by Jamelle Bouie on the acquittal of a police officer who shot a black man. Bouie explains that there is fear, and fear will be considered a valid reason. Makes me wonder if there's any way out.

Meme goes viral and then the shit really hits the fan. Trump tweeted out a tasteless meme of himself beating up a CNN logo. A freelance journalist identified the original creator. The journalist is pelted with violent threats. There's pushback against CNN for threatening to out the creator and extorting an apology from him. (I'm sure about the ethics of CNN threatening to out him, but his apology reads like actual, honest, well-deserved contrition.) Finally, there is the Daily Stormer, laughing at the journalist and all the threats leveled at him. Basically, they act like threats are completely justified. That should be enough of this slimy underbelly of American culture.

Real assessment of fake news - retractions. Finally, a believable story of what CNN and other MSM have gotten wrong in the Russia megastory. It should come with a reminder of what they got right, like Flynn lying, Sessions lying, Russia hacking here, there, there, and there...

Voter fraud that looks for real. Here's a report on voter fraud in Virginia. Unfortunately, it's written for outrage instead of clarity. However, it looks like Virginia has had several thousand illegal votes in the past seven years, perhaps more.

How to punk Trump. This is a guide for Putin on how to fool our foolish president. I'm not overly worried because Donald doesn't stand by his promises, so any promises he foolishly makes to Putin won't matter.

Important ACA factoid. This is an important nugget. The medical risk profile of people in the individual market isn't getting worse. That means healthier people aren't being driven out--if this report is true. No death spiral yet. We will have to see how it pans out. 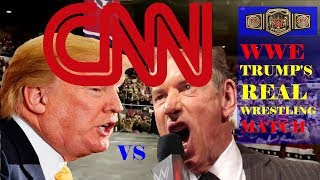 Posted by ModeratePoli at 10:50 PM