When I first heard this talking point, I thought the Trump camp had gone nuts. Why would anyone blame Obama when Trump was the one complimenting Putin and jokingly asking him to do more hacking please? Trump was the guy who was defending the Russkies, saying that it could have been any hacker, implying it would be presumptuous and wrong to punish the Russians. So it was Trump giving comfort to the Russians, certainly not Obama.

Somehow, though, this idea was a very popular talking point, at least among the right-wing parrots commenting on the political blogs I read. Of course they aren't a good source for information, or true information, at least.

So I found this article on the topic fairly detailed, but perhaps a bit one-sided. Yes, it mentions that the US was trying to work with Russia on some major issues, like the Iran nuclear agreement, but doesn't probe whether a more robust response to Russian behavior would have scuttled those important initiatives. I have to wonder about the choices that were made, but I certainly can't conclude based on the available info that Obama was wrong. 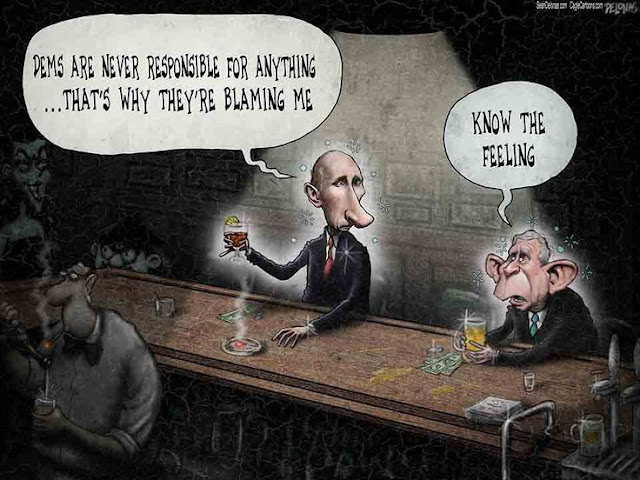 Posted by ModeratePoli at 10:17 PM