Death to the most hated fool in America

We needn't cry over the demise of Fred Phelps, the inventor of picketing the funerals of those who have died most tragically. His Westboro Baptist Church has been running out of steam, and now rarely even threatens to disrupt public events.*

What can I say about Rev. Phelps, who used his cult zombies to haunt families that lost sons in roadside bombings in Iraq and Afghanistan? I worry that those obnoxious multi-color signs added extra pain to the nightmares of those fathers and mothers. His punishment on Earth wasn't enough for the pain he caused, but that's true for most tyrants, even tinpot ones like Phelps.

Phelps' church was never large, with under 100 families as members, and dwindling was people wised up. Supposedly the church accepted no outside money, but I doubt that. Someone had to pay for the buses and the gas and food and those ghastly signs, even if the faithful slept on the buses and the few workers among them turned over their paychecks. Too many in the US, and possibly internationally, supported his message, and might have given money too:


"... he was one of the very few men in our day and age with the decency to confront and condemn the indecent–that is to say, vile homosexual perverts." -- conservative commenter

The church spawned hate and lawsuits, and even laws. A 2006 law prohibited protests within 300 feet of the entrances to veteran's cemeteries.  That wasn't enough, so there was a second law. Unfortunately, the church frequently sued for their rights and won judgments that helped fund them. Phelps himself was a disbarred lawyer and his daughter argued some of their cases. We may have to suffer through another generation of their form of hate, as ineffective as it was. 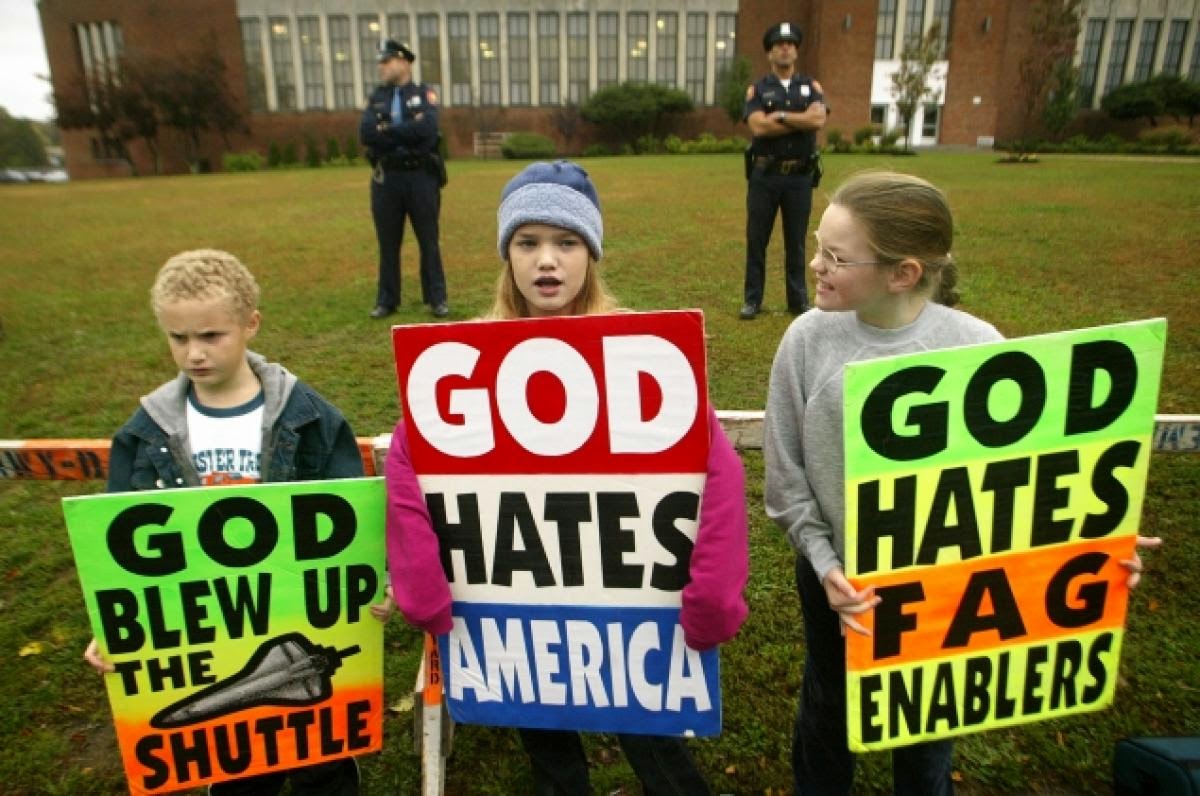 
* Oops, they still protest, but now mostly around Kansas. That's a blessing for us in other parts of the country.

Extras. This obituary has Phelps reflecting after his death. (I won't give away the punchline.) Another victim was Mr. Rogers, whose sin was wanting neighborhoods that were way too friendly for a hater like Phelps. A previous most hated here.
Posted by ModeratePoli at 3:05 PM