Fake massacres should be news for just a short time--as long as it takes to refute, debunk, and search for the origins of the false story. Right now in the news is the story of Kellyanne Conway and her statements (plural) about the 'Bowling Green massacre.' There was no such massacre. She mistook some talking points (spoon-fed to her, most likely) about the arrest of two terrorist/refugees from Iraq in the town of Bowling Green, and erroneously conflated it with some other massacre that did occur. Everyone is fallible, but Conway seems to be quite careless about facts. This was a talking point for her on at least three occasions. I wonder whether she or someone on her staff will fact-check her talking points more carefully from now on. It would be a good idea, but I don't expect it to happen.

In the meantime, fake news entrepreneur Alex Jones (and friend of Trump) has peddled a story that the Sandy Hook school massacre of children and teachers didn't really happen, but was an anti-gun hoax perpetrated by unethical gun control proponents. This is one of the fake news stories I often reference when I make points about fake news not being a new phenomenon. (I also mention birtherism, Jade Helm, and Pizzagate.)

This lowlife purposely peddles lies that anyone with a conscience wouldn't touch. It takes no time at all to find strong evidence of the Sandy Hook massacre, but none of that stops that worm Jones. Nor does it stop his legions of gullible, stupid zipperheads. They regularly make life hell for the families of the victims.

A thread that connects these two massacres, one real and one fake, is the eagerness of right-wingers to embrace false information (that is, LIES) in their pursuit of a narrative supporting their opinions. Truth be damned and run over by a freight train. God, how I hate these liars. I wish I could think of an appropriate punishment severe enough for Alex Jones. 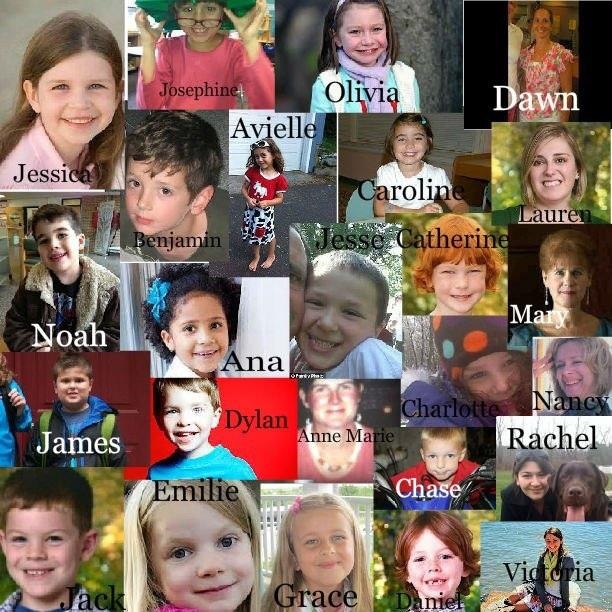 Extras. Florida prof to be fired for being a stupid lowlife zipperhead. Fake news for liberals, since the right wing nut jobs shouldn't have a monopoly. NYT opinion piece that maybe the Bowling Green massacre will mark the beginning of the end for fake news. I doubt it.

Update 6/18/19. A publisher of a conspiracy theory book about Sandy Hook has apologized to a grieving parent. What the fuck is wrong with these people who will believe such garbage and not take a moment to consider that they could be wrong and vilifying innocent people.

And in news of the scummiest person in American, Alex Jones raged against the lawyers for plaintiffs suing him. The cleaner version and the candid version.

Posted by ModeratePoli at 1:43 PM