So the House surprised watchers by sending a hopeless funding bill to certain dismemberment in the Senate. The Senate even has a timetable for the dismemberment (Cruz yaks on Tuesday through Wednesday noon, cloture vote Wednesday, strip out Obamacare defunding Friday or Saturday, pass it, send it back to House for possible rinse and repeat). The Senate, anticipating the reaction from the House, might make it a short term funding bill only through November or December.

What is the Tea Party plan now? I went looking for it, inspired by Bernstein's very detailed guess about what would be happening in the House concerning the continuing resolution and debt ceiling votes (worth reading).

So this is what I found.

HotAir is telling its TP audience that Boehner's response will be a bill to delay Obamacare. HotAir warns that there will be a shutdown, but that will just light a fire under the lazy Senate.

Several voices are telling Tea Partiers that it's hopeless. Since they lost the election, Obamacare is going ahead and it can't be defunded. When John McCain tells them, the TP is defiant. Erick Erickson at RedState is defiant. He seems to think Cruz has a plan, but forgets to say what it is. At Breitbart, a columnist with that reality message is labeled a progressive, and the message is derided. Elsewhere at Breitbart, it's hooray for Cruz.

There are no signs that the Tea Party has a plan and even realizes the need for a plan. There's no discussion that "we do this, then they'll do that, then we'll counter with this." Nothing like that at all. These people are absurd in their lack of awareness that other people exist and have power. How did they get to be so oblivious? Jennifer Rubin, who is usually worthless, explains that they wrongly extrapolate their media share.

So are there any indications of what the Tea Party will do next? No. However, the ball will soon be back at the House, so the House leadership is trying to figure out its next move. They haven't ironed it out yet, as time ticks away to October 1. Politico reports the next House bill might delay the implementation of Obamacare. That would be another hopeless volley, and shutdown would follow. Perhaps the Washington Post report is more accurate--that the House might do something with a debt-limit increase and lots of sweeteners for GOP causes. It's not reported what the plan for funding is.

So it's all as clear as mud right now, 4.5 days away from the end of statutory funding. Thank you, Tea Party. 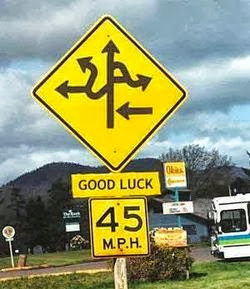 Same day update: A preview of the proposal from the House shows one aspect of the Tea Party plan. They plan to make the fight as bloody as possible in non-contact politics. See the likely new demands. The Tea Party will be stabbing and nicking anyone who isn't a complete supporter. And they've invited their ravening friends to watch.

Same hostage different demands? So much for principle on Obamacare.

Once rates are announced Oct 1, and people discover it's a lot less than what insurance companies charge now, it's all over but the shouting. Money talks ... and you know what they say about bullsh**!!

@dangerous, you're allowed to use 'bullshit' on this blog. The real words are preferred. But that doesn't extend to calling people assholes. Personal insults aren't allowed, but the term 'bullshit' has important utility.

I wonder what Dangerous is saying about the rates right now,