This has been a mantra for conservatives for several years now: Obamacare will ruin the US. I won't repeat the nonsense of how Obamacare will cause the collapse of the US, or refute that nonsense here.

Though the GOP ran on this slogan, they didn't win. Certainly many GOP representatives and senators won election or re-election on that platform, but they lost the presidency and lost seats in the House and Senate. However, the campaigns were complicated with  fiscal issues, personality issues, abortion issues, psycho personal viewpoints on abortion,etc. It wasn't a clear referendum on Obamacare.

Finally we will have a one-on-one decision about Obamacare. It will be Obamacare vs. no Obamacare. Non-essential government will shut down on October 1, and it will stay that way until one side or the other capitulates.

Who will capitulate? Supposedly it will be the side that gets more blame from the general public. But there won't be a vote to determine that, so it will be whoever floods Congress with more calls. Ted Cruz has famously told conservatives "Don't blink," meaning don't capitulate, no matter what. I'm fairly sure he won't consider whether sentiment is running against the shutdown, but many in Congress will consider it. So soon we will see.

What's the likely outcome? As I noted, the last election wasn't a straight up-or-down decision on Obamacare, as it is now, so there is room for a different outcome.

Still, I'm going with the indicators from the 2012 election. Obamacare will survive. The kill-Obamacare-before-it-breathes forces will lose. If the shutdown lasts too long, the losers will pay an extra penalty for their stubbornness, and we should see that in the 2014 midterm elections.

One benefit of this showdown is that the test will finally be performed, and we will have an outcome. All those conservatives urging a tough stance on this issue will find out whether they are the majority or not. If they're wrong, I hope they will finally STFU. 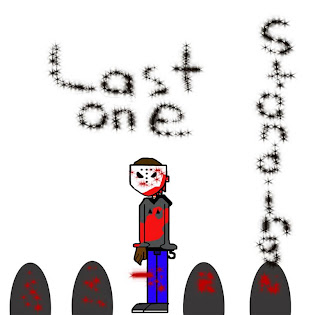 Only a few House GOP members have to blink for their side to go down. It's unclear that that will happen as long as they can blame President Obama for it with seeming electoral impunity.

The Dems need to use this opportunity to sell Obamacare every day, something they haven't done with the GOP trashes it every day.

Should be interesting to watch!