Finally the Democratic Senate got fed up with the GOP blocking just about every damn nominee. They voted to end the Senate rule that allows filibustering of judicial nominees, with an exception that still allows the filibuster of Supreme Court nominees.

Earlier this year, the GOP backed down in the face of the Dems going nuclear. Why not this time? Here's the best answer I've seen:


"It could make the difference for a Republican, in that they no longer have to tag team to break cloture on nominees they want to let through, so there won't be as many ads to run about how 'so and so says they're a conservative, but they voted with Obama 327 times!'" -- Plain blog commenter

This identifies the real reason for the change in the GOP position. It was getting harder for the GOP to stop their own filibusters even when they reached unthinking, foot-stomping stubbornness. So now they've allowed the Dems to render that problem moot. (Update. Bernstein make the same argument here, but it comes from a professional and highly educated political observer.)

No other writer came up with this analysis. The MSM was treating it as no big deal. At the Daily Kos, it was mostly cheers for the defeat of those obstructionist Republicans. HotAir was loud, negative, and scattered. Some pointed out the hypocrisy of the Dems, a few looked forward to using the same power when the GOP reclaims the Senate, a few quoted Limbaugh's laughable analysis that the rules would last only for the Dems' advantage, and then revert. George Will laments the end of a "deliberative" Senate and the beginning of a coarse, 'majority dictates' Senate that is not bound by rules, but by expediency.

RedState had a different take--it wants the end of all cooperation in the Senate in retaliation. The Senate won't pass anything inconvenient like an immigration bill, a farm bill, a continuing resolution--zip. Except that no true conservative trusts the squishy Senate RINOs, certainly not at RedState or HotAir

Thank God for that clear-eyed commenter who understood why the change happened now. In the long run, perhaps George Will will be proven right--we might deeply regret this change. But I don't know a way around it because the Senate has already slid so far down the slope. 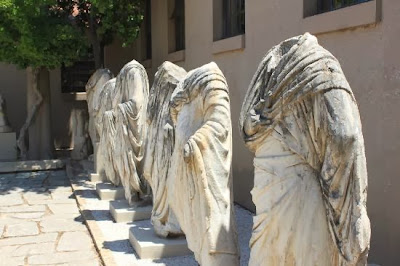 I'm not sure I follow your analysis, but if you're right the GOP anger at Reid's move is just Kabuki theater. Which means you are probably right and they are just trying to gain whatever political advantage they can from the move.

Rachel Maddow showed that there are currently 93 openings in the federal courts, and Obama will now move quickly to fill all of them which will greatly tilt the balance (at least for a while) in favor of Dem-nominated judges. Assuming the Dems hold the Senate in 2014, probably two thirds of all federal judges will have been appointed by Dems (mostly Clinton & Obama).

The main result of this move is that it looks like the Dems might finally grow a spine.

"...if you're right the GOP anger at Reid's move is just Kabuki theater."

Well, if the reason you didn't work out a deal or push harder was as cowardly as that reason, you wouldn't admit to it either.

The political scientist I read (Plain Blog) that already noted that McConnell was having trouble rounding up the GOP senators to break a filibuster. He probably got tired of it. Plus, he has a precedent to end filibusters if he becomes majority leader. That's two big pluses.

Besides, what good were all those filibusters doing for the Senate Republicans? They were looking very stubborn and immature. They weren't preventing any legislation from going into law. So the filibuster wasn't a benefit to the senators anyhow, just an annoyance and a way to do so low level sabotage. No big loss to the GOP.