In a week where the big news was Netanyahu applauded (must click!) as the most popular person in Congress, it's important to notice a new tax plan from Marco Rubio and Mike Lee. This plan (already in version 2.0) is supposed to represent new thinking among Republicans, specifically the group called 'reformicons.'

Reformicons like conservative principles, but they also realize that the working class has gotten a raw deal in our economy in the last 15+ years and struggle so much more than the upper classes. This reform-minded minority within the GOP also see some social spending as a worthy safety net that really is needed.

So what do these compassionate reformicons put into their spanking new tax proposal? I got an interesting lesson in media bias when I looked into this. According to Jonathan Chait (a liberal), the plan is a give-away to the wealthy, who'll get an extra $40K on average from the plan, or maybe more if their income is mostly capital gains and dividends, which wouldn't be taxed at all. In Chait's description, this doesn't sound like a tax plan with any reform elements at all.

What do some conservatives say? Chait helpfully links to reformicon pundits. Yuval Levin at the National Review hails the plan as "pro-growth," a must-have descriptor among Republicans. They use that moniker without irony, as though they forgot how Bush's 'pro-growth' tax cuts worked out.

I didn't notice, until James Pethokoukis pointed it out, that the top tax rate in the Lee-Rubio proposal is 35%, down a moderate amount from the current 40%. It's not the usual 28% or 25%. That is significant. However, it's less of a change in conservative tax policy than it looks. That rate will affect the poor millionaires who earn their money as paychecks from even wealthier folks and corporations. The wealthiest will still receive some major bonuses from this proposal--not least the end of capital gains taxes and inheritance taxes.

Oh, and the decline in revenues, it's only $2.4 trillion over the next ten years. No, maybe $4 trillion, according to Pethokoukis. Well, just add that on to the national debt, like all our governments (conservative or liberal) do. Excuse me if I don't stand up and cheer, but a less-bad GOP tax proposal is not enough to cheer about. 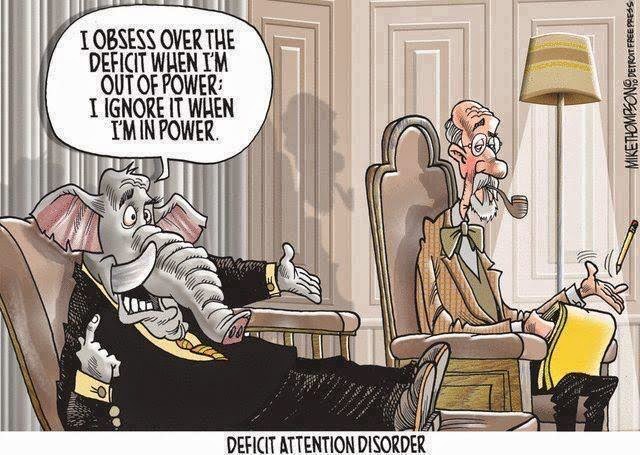 Posted by ModeratePoli at 10:40 PM