Round-up of opinions on the Iran letter

My opinion on the open letter from 47 senators to Iran is that it's an immature poke-in-the-eye to the president, like inviting Netanyahu to speak at a joint session of Congress. It's yet another sign that the GOP puts bombastic rhetoric above careful policy decisions, which is an incredibly bad choice for people who aspire to be leaders. Luckily, it probably won't affect the negotiations (for reasons stated below).

Here are some other opinions:
I sincerely hope that this letter has no effect on the negotiations. It might not because it doesn't convey any information we didn't already know. Anyone who thought about it knew that a treaty wouldn't be approved by the Senate. Anyone with eyes, ears, brain, and access to American news knows that the GOP disrespects the president. So nothing new here.

It is terribly sad that American politics has sunk quite this low. This is a critically important issue, so it deserves critical thinking, not partisan foolery. 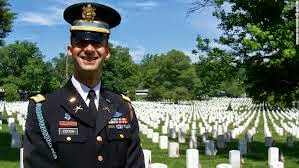