In light of the removal of the Confederate battle flag from the capital of South Carolina, I've been researching and reflecting on the process of securing civil rights. I was born in the late 1950's, so I witnessed some significant parts of the civil rights struggles with my own eyes.

I'm also lucky--I grew up believing in the equality of the races. I didn't have to overcome a nagging or latent belief in white superiority. In fact, the idea of white superiority makes me laugh. I've known too many white chumps to believe that whites are better.

Though I grew up believing in equality, I didn't know how widespread that belief was. When I wanted to date a black friend in high school, I worried how my parents would react. I didn't know if my parents (MY OWN PARENTS) would give me a hard time. Clearly they were OK with me having black friends, but would they draw the line at dating? I didn't know.

I was lucky there too. My parents had no trouble with my dates. They were happy for me in my budding relationship. (But love didn't bloom--we weren't going to be anything but friends.)


What does this have to do with the Civil Rights Act of 1965? I'll explain.

In 1965, how many Americans were inculcated with the belief that blacks were inferior? I wouldn't have been surprised if my own parents had believed that, or had been brought up learning that. Of course that's not what they taught me and my siblings. They were old-line liberals, believers in the New Deal, skeptical of red-baiting, open to all colors and creeds.


How many really believe?

But I didn't know the limits of their beliefs. Would they been like the girl's parents in the movie Guess Who's Coming for Dinner? Yes, they raised their daughter to respect everyone, but they didn't expect her to fall in love and want to marry a black man. My parents could have been like that, but weren't.

But many liberals perhaps were like that, which made the movie of interest. This movie was released just two years after the Civil Rights Act passed. How many white Americans sincerely believed that blacks and whites were equal then? Perhaps a majority of whites didn't believe it. That would be my guess.

I had a surprise here, too. In my pessimism, I thought that that majority of whites didn't truly believe in equality. However, I found polling from 1964 showing that 70% of whites believed in the equality of intellect (National Opinion Research Center, p. 20). Of course, it's hard to know how accurate that polling was. Was the sample skewed toward the wealthier and better educated? Would beliefs be different by income level? It's hard to drill down into 50 year old data. (And the graphics are so primitive. Wow, have computers changed our world.)

Though I've been lucky to grow up without racism entrenched in me, I'm still disappointed by how slow the decline in racism has been. When I was young, I was more hopeful for the future, and even for the present. As I've gotten older, I've been become more pessimistic about achieving a country with no significant racism. Every year shows me that racism persists.

Racism surfaced in my dad as he got older. My daughter worries that it might surface in me. She's not wrong to worry, but I hope and pray that it's not hiding somewhere in my psyche. So far, though, even when I delve deep, my instincts are to believe in the essential equality of all people. I'm immensely grateful for that. 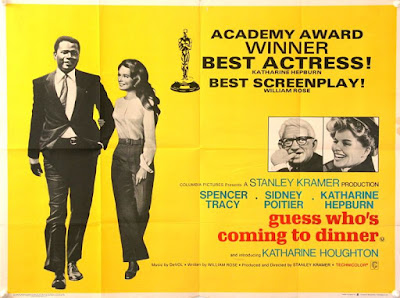 Extras. National Opinion Research Center, starting p. 104, expectations of racial troubles. And as with my other posts on race, I realize that discussions of racial superiority or inferiority are deeply painful and deeply insulting. I wish that it wasn't an active issue, but it has been during my lifetime.

Read about the fascinating Civil Rights Act of 1875, which mandated equal treatment in public accommodations. What happened to it? Guess who was the most likely to shoot it down, and you're probably right.

Posted by ModeratePoli at 10:27 PM