There isn't one. Don't act surprised.

Too many democrats aren't facing the budget issues. Their stance seems to be that all problems will be solved when we tax the rich and businesses at appropriate levels. This ignores the trend of the last 30 years to decrease the tax rates, but progressives are amazingly insular in their views. Worse still, they ignore the plain math involved. If they put together a budget, even if they didn't release it, it would be an enlightening exercise. But it would be harder to stay with the same talking points they've been telling their constituents.

I think the budget choices will loom large in the next election. The talk right now is jobs, joBS, JOBS, but there's no magic spell to make jobs appear. So the 2012 election, if it hinges on real issues instead of spin, will be about budget priorities and how to reduce the deficit.

The most recent elections actually had mixed results. Fiscal hawks won in the November elections, but special elections went to those who talked about protecting Medicare. So voters like fiscal conservatism in the abstract, by don't threaten their Medicare.

These results do not bode well for the next election. The message from voters is that if you talk generalities, you can win, but being specific about the pain is, well, too painful. This is the opposite of what we need. This spring, for the first time I can recall, budgets were the premier topic of political discussion. The people with the plans dominated the discussion because they were on firmer ground.

If the democrats want to be taken seriously, they need to show a plan. But if they want to get reelected, they better not talk about it, especially in House races. I wonder what they'll do? Actually, that's snark. I completely expect more of the same budget vacuum. Of course, even without producing a plan, they will get plenty of votes from their reliable constituencies, but they won't be doing the country any good by ducking the issue. 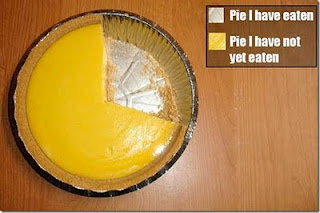 Update: 9/19/11 Obama finally released a deficit reduction plan. That's about 7 months after Rand Paul. I haven't critiqued it yet, but read my budget plan.

Now I've critiqued it, and even updated this post, finally on 10/31/11. (Snow, power outages, and official town postponement of trick-or-treating are keeping the tykes from my door tonight.)
Posted by ModeratePoli at 4:04 PM

I'm going to have to disagree with you there, ModeratePoli. The Dem's budget plan is at least as reasonable as any offered in the past 30 years, particularly since, in economic terms, no matter whether money is raised by taxes, borrowing or inflation, the net result is the same. All of the above "tax" the economy in one form or another.

I think the Dem's plan is to get money from those who have it now via forced taxation, and make that the FIRST next step. Since the GOP in their decade plus of budgetary control decided that borrowing was the only allowable way to raise revenue, the Dem's plan is both appropriate and reasonable.

Jumping to the assertion that the Dems think taxing the rich will solve "all problems" is hardly moderate. It's a GOP talking point in disguise. The Dems REPEATEDLY assert that it's a step toward fairness, particularly since cuts have come from the poor and middle class, predominantly.

Is there a solution to the budget impasse? Yes. First tax the wealthy, then make reasonable and fair adjustments to entitlements, starve those orgs that mooch off the economy (such as health insurance companies and defense contractors) and give the Dems 20 years to set things right. In the end, we'll have a more egalitarian country and economy, although the GOP will scream "SOCIALISM" at every turn. But the solution to a generation of GOP policies IS a more socialist view, like they have in Canada.

There's still free-enterprise, profit motive, and entrepreneurship, but less incentive for short-term gain at the expense of others, the environment and the social safety net.

First, which Dem budget plan are you referring to? I haven't seen any links to something with numbers that I could sit down and study. That's going to make most of this discussion vague

You mention taxation vs. borrowing, but you don't mention budget reduction. This is something that is noticeably missing in a lot of democratic suggestions for dealing with the budget.

As for calling me asserting that Dems think tax the rich will solve all problems, that is based on reading comments on political blogs where people say "there's a revenue problem, not a spending problem." I've seen that repeatedly, like it's a dem talking point. Yes, this is a critique republicans can and do make, and they're right about it. Being a moderate means I'll credit republicans when they're right and credit democrats when they're right.

When it comes to reducing the deficit, I think the stronger argument is that we should cut spending first. This step has been hard for us as a nation to do, and it's definitely time to do it, rather than try to avoid it yet again.

I think we differ because you have more trust in the democrats than I do. I wouldn't give them "20 years to set things right" because I saw over 20 years of Dem Congresses in the 60's-90's, and they didn't set things right. Nor do I see a realistic vision coming from them. As I said before, they didn't even put out a budget you can study, so why give them 20 years?