The dirty word in healthcare-choice

One issue that severely hampers honest debate about healthcare is acknowledgment of the tough choices to be made. To some people, choice is a loaded word because of its association with abortion. It's a word to be avoided at all costs, and sometimes it even seems that the concept is not acceptable.

For example, the controversy over Terri Schiavo's feeding tube seemed like a stand-in for something else. Most right-to-die cases don't get national attention anymore since 1990. It's normally considered a private family matter, with an established line of rightful decision-makers in case there's disagreement among the family.

No other recent case got nearly the nationwide attention that the Terri Schiavo case did. The case was superficially about a husband/guardian's fight to have his wife's wishes respected and have her feeding tube removed. But it also concerned the choice to let someone die. To pro-life/anti-abortion forces, this is not a permissible choice. So this case was a surrogate for abortion, and many of the usual pro-life forces were heavily involved (Randall Terry, the Catholic Church, the Pope, evangelical churches, and pro-life politicians in Florida and Washington DC). 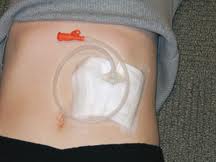 This allergy to medical choice cropped up again over the mandate in the Affordable Care Act (Obamacare) that doctors should be paid to have a discussion of end-of-life decisions with patients age 50 and over. Sarah Palin famously called these "death panels," implying that it wasn't a voluntary discussion, but a coercive decision being made by cold, calculating bureaucrats. Well, there never are any half measures by Sarah Palin.

I wonder whether conservatives truly feared that there would be such death panels, which is a bit ludicrous in a country where comatose patients are kept alive for many years. I think the real fear is the legitimacy given to choice if the government conferred payment on such end-of-life care discussions. If we can choose not to do everything always to stay alive, maybe it's because we know life isn't to be maintained at all costs, and that other considerations matter. If other considerations matter, that opens the door to choice when dealing with an unwanted pregnancy. To pro-lifers, abortion is an absolute wrong, so its distant cousins-- pulling the plug, Do-Not-Resuscitate orders, even hospice--are suspect as being steps onto the slippery slope to the total sin of abortion.

Not a dirty word everywhere

Posted by ModeratePoli at 5:13 PM