NY9: Defeat of the hack

It's dangerous to write about a politics in a polity I don't have direct knowledge of. So I tread carefully into a discussion of NY9. Yesterday, the Republican candidate for the House seat won 54-46 over the Democrat in the heavily Democratic district. I won't say, as the RNC chairman did, that this election in Brooklyn and Queens "proves yet again that Obama is failing our country." Oh well, I guess that's what party chairman are paid to say. I haven't liked things coming out of the DNC chair's mouth either.

I have recent experience with unexpected special election upsets. In August 2009, Senator Edward Kennedy died, leaving his seat open. A party hack, Martha Coakley, won the Democratic nomination. Scott Brown, a moderate, won the Republican nomination. Brown got a lot of attention and support from national Tea Party groups, which have since labeled him a RINO.

So in the NY9 race, we have Weprin, a Democratic party hack who doesn't even live in the district. On the Republican side, we have Bob Turner, a conservative Catholic standard-issue Republican. I applaud NY9 for not electing the hack, and wish all other districts would elect the most sensible, moderate candidate.

Whoever picks the party's candidates, whether primary voters or party bosses, should consider this when making their choices. The election isn't going to be just a referendum on Obama. The next Congress will have a lot of work to do, but voters only get to choose from what is offered. Give them the best candidate you can, and try to decrease the deadlock in US government. 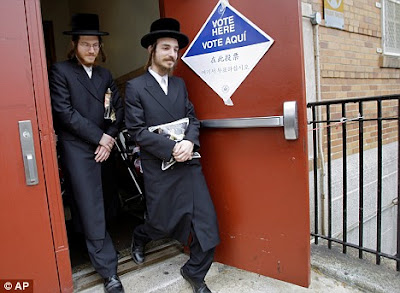 Posted by ModeratePoli at 1:34 PM

They should also do a better job of checking the behavior of those that are already elected so this doesn't happen. Recall that the GOP lost a seat in upstate NY that they had held for almost as long after a similar scandal.

Voters will punish the party that lets that happen, at least until they see how that person votes in Congress.

I disagree that "they" (Congress?) should do a better job policing members. My opinion is that Weiner didn't do anything egregious. If 2012 hadn't been shaping up as another tough election year for Democrats, Weiner might have tried to stay.

As for voters punishing a party that allows this behavior, most voters have a different agenda this year and most years. Those who vote on such narrow concerns are few and probably not as strict as you think. Who did they vote for in 2008, McCain the adulterer or Obama the devoted husband? In practice, strict sexual ethics are a rotten criterion for voting.