Another rumination on pro-choice issues: Planned Parenthood has been besieged by conservatives all last year, but this might be a turn-around year for them. Susan J. Komen foundation announced that it was going to cut off grants to PP. Before Komen backtracked completely, it announced that it would still fund four locations because they were the only facilities in their areas for low-income women to receive breast cancer screenings.

This confirmed what I suspected: healthcare for the poor is spotty; PP is a major player for poor women; in some poor areas, PP is the only provider.

I wonder how many of the people who are working strenuously to defund (or preferably permanently close) PP have considered how poor women will get the healthcare that PP has provided. Are unsullied providers (with no connection to abortion) ready to step into breaches that would open if PP were closed or cut off from federal and state funding? The big question is: Can you actually separate contraceptive care from abortion?

So, the big answer: I don't think you can operationally separate contraception providers from abortion providers. People interested in providing contraceptive services don't usually stop there. 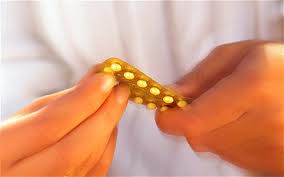 And what if they fail?


"I’m amazed, almost daily, at the fervor and zeal for which many conservatives, independents, and liberals espouse, nay advocate, for the murder of human beings to allow for the convenience of a mere vessel." --Wall Street Journal comment

Posted by ModeratePoli at 11:29 PM