I'm not the only one who likes to look at how we got to where we are. This sensible, very short and humble editorial looks at the Bush tax cuts. With one timely quote and one poignant contrast, the author captures a moment when we made a big mistake. Take a minute to read it. 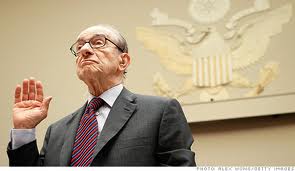 Update 9/23/14. The original link was busted. In case that happens again. I'll quote from the editorial.

How did we get into the mess of having deficits of $1.5 trillion?

But we continued to cut taxes...


Another surprise: the report reminded people that Allen Greenspan was saying paying down all our debt would have negative economic implications, would hurt growth.

Who should we have followed--Ornstein or Greenspan? Oh, the regret!

Posted by ModeratePoli at 12:59 PM