All politics is about power, so it's no wonder if resentment at those who wield power is prevalent. One would think from the Tea Party, which is largely Republican, that the GOP had been out of power for a generation, not just partially out of power for six years starting in 2006.

Here is a list of my perceptions of this anger:
Is it at all surprising politicians who breathe resentment, who fashion huge firework displays of resentment, are in various electoral races?

It's also no wonder that this kind of candidate is generously funding by corrupt powers that want to avoid attention, stoke resentment, and offload a bigger tax bill. 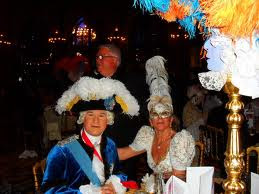 Posted by ModeratePoli at 6:58 PM

All true. I think, however, there is something even more fundamental at work. Changes in American economics and society has produced wrenching dislocation, and many people who once felt near the heart of American identity have found themselves cast out, cut off from economic and cultural trends they find baffling and deeply hurtful.

I don't think this resentment is primarily racial, although the cultural component is entangled with race in many unspoken ways. The resentment is fundamental however, and the sources are deeply troubling. It is easy to understand and even sympathize with the anger, and to see why people fixate on targets that seem to embody, in various ways, the developments they find so confusing and so deeply painful.

The troubling part is that the shifts in the economy and culture are real and enduring. Manufacturing jobs aren't coming back. Globalized economic trends aren't going away. The social trends the angry among us deplore are not going to reverse.

What is to be done? I ask that honestly. If I could see a way to make things better for these groups I would. I honestly wish there was an obvious, practical way to make the hurt go away. But I don't see it.