Imagine an alternative history where the matchup between Obama and Romney doesn't happen in 2012, but in 2008. The differences are amusing:


"When it comes to Mitt Romney, if the NY Times and the rest of the MSM dislikes him he must be doing something right.. . . He’s spent a great deal of his own money on his campaign, so nobody can accuse him of owing anything to anyone. You also have to admit that he has a certain presidential look about him that Americans respond to in the voting booth. He’s taking some flak for changing positions on some issues, but at least he hasn’t gone around sticking his finger in the eyes of the very people he’s trying to win over in the primary." -- The Lonely Conservative (emphasis added)

I don't think any Republican presidential candidate was going to win in 2008, not with economic turmoil. But even back in 2007, it was clear to at least one numerical analyst that Romney wouldn't win against Obama: 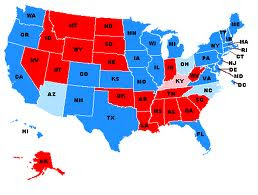