I hope you noticed this: Obama doesn't want the sequester to go ahead as is, but he isn't offering a replacement plan. That's the job for Congress. I guess Obama's job is to give lofty speeches and run our foreign policy. But his job evidently doesn't include providing meaningful leadership on difficult domestic issues.

His budget is AWOL too. So far, he seems to favor more revenue--from closing tax loopholes this time-- and unspecified cuts. It's disappointing that Obama can't state any cuts, even for the good of the country. He doesn't name cuts because they would automatically become incorporated in any future deal, and Obama doesn't want to give up any ground that isn't part of a package. There's a certain sense to this in an adversarial negotiation, but it's sad that other factors aren't a larger consideration, such as good budgeting and leadership on issues.

I don't think the sequester is horrible, largely because I'm for restraining government spending, but in gentle ways that are less likely to send us into another recession. However, Dems apparently have a different opinion. It is so damn hard to get Dems to agree to cuts that we ought to take the sequester as a once-in-a-lifetime opportunity, and also as an experiment to find out how painful cutting actually is. This is something we have never tried at the federal level, while it's common at state, town, family, and personal level. I'm unconvinced that it's too dangerous to run this $85 billion experiment (the savings in the first year, or appoximately 0.5% of GDP).

With no viable alternative on offer, I think that finally the cuts will happen, starting shortly after March 1. That's a long time coming. 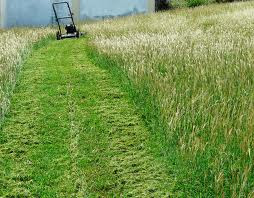 Posted by ModeratePoli at 7:20 PM