[From my backlog of interesting topics. It's not particularly newsworthy now, but it's still a worthwhile topic, so I finally finished it.]

What is the Fair Tax?

It's the politically expedient label for a consumption tax. It's also a misleading label because nothing about this tax makes it 'fairer' than other forms of taxes. However, that's not the first thing that comes to mind when you hear the term. No, the first thing you're likely to think is that you want a taxation system that is 'fair' and especially one that is fairer than what we have now.

When you look beyond the branding, what is clear is that it is a tax designed to change our economic fundamentals. It taxes consumption, but leaves labor, investment, savings, and business untaxed. This means that the tax falls heaviest on those who consume the most. Unless basics are exempted, this means it will be a heavy burden on those who just barely scrape by. This doesn't sound particularly 'fair' to me.

However, it's a good exercise to ask why we tax what we tax. Is it a historical fluke, or maybe a reasonable system that evolved by trial and error? This prompted me to think about the nature of taxation. In pre-modern times, the taxing authority would take a share of your goods, or would demand a share of your labor, or might take one of your children. In the 1800's, liquor taxes and custom taxes were the biggest share of federal taxes.

I can see certain advantages to taxing income. It is a monetary exchange, so money is changing hands anyway. That's a convenient place to exercise a tax. Work payrolls are less cyclical than consumer spending, so tax revenue will be less affected in recessions. Perhaps there are other good reasons to tax income. However, the point is that the so-called "fair tax" isn't obviously a good tax. To make a determination of whether it's a good tax, you have to look beyond the label, and see how the tax functions. You also have to compare it to the alternatives. When I do that, the 'fair tax' has a lot of problems. We need to take a good, hard look at it, not just jump on the bandwagon. 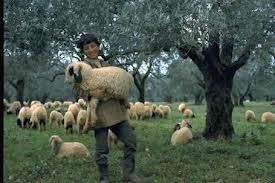 This one (and a bunch more) for the tax collector
Image: scoop.it
Posted by ModeratePoli at 2:58 PM

Devils in the details. Fairtax is a hoax, political theater. Only 20 % of it a personal retail sales tax -- 80% of Fairtax is on things that have nothing to do with retail sales.

For example, all medicare CONSUMPTION is taxed- yes it is. The person using or consumping a good or service is personally liable for the tax imposed -- and there are no, no, no exceptions. Specifically in the legislation it says it is to be interpreted as allowing NO EXCEPTIONS whatsoever, unless stated. And the only stated exceptions are education expenditures.

Just in case you still dont get that, look at their revenue tables -- they add up all "consumption expenditures" including city county and state wages pension and operating expenditures to be the their "tax base".

From a 23% on the "tax base" they get their projected revenue.

Did you know all city county state wage and pension expenditures are taxed?

This is a goofy fine print trick, an absurdity. President Bush Tax Advisory Panel exposed it, in polite terms, year ago.

I expose it blunty, here

I'm not surprised to hear that the Fair Tax is a hoax. I'm glad you didn't add any more details because they are nauseating. The upside is that it has no chance.

I think a consumption tax is a good idea, as long as you exempt all necessities (including health care -- duh). Our long term growth is threatened by an overreliance on consumption instead of investment. Of course, a consumption tax is pretty much a political impossibility and there are other things we can do to shift the consumption/investment balance short of this.

@Couves, just a month ago, you were agreeing the "no social engineering" was a plus of the ongoing government stalemate. Now you'd support taxation as a way to shift the consumption/investment balance. Do we even know that works? Does Europe have higher investment because of its VAT?

Well, if replacing the income tax with a national sales tax doesn’t change consumer behavior, then I guess the federal government will enjoy a significant revenue enhancement.

As long as we need to have taxation, it’s going to have some impact on personal behavior. At least the sales tax gives the individual more control over what he or she pays.

@Couves, as I asked before, do we even know that VATs work in this way? What is the evidence.

I have to say, I'm not impressed with many economic theorists. I'm amazed that they can drum up such followings when some of their theories are just laughable to me. (Example - reinstituting the gold standard.) That doesn't mean I dismiss the ideas out of hand. Instead I take them seriously and ask about implementation and consequences, and that's when the theories become laughable.

So, I'm not going to fall for the 'fair tax' without a stronger argument than what you've given so far.

MP, that's a good question that I don't have an answer to. Although I'm not sure how much the answer would tell us. Countries that have used the VAT have used it as an additional tax (rather than to replace existing income taxes). With significantly higher total taxation, I'd be very surprised if private investment increased at all.