Dems have painted the Republicans in Congress as obstructionist, and that view certainly has a lot of facts behind it. However, there's no iron-clad law that says Dems can't or won't be obstructionist on some issues. The extension of unemployment benefits is a perfect example.

The Dems left this out of the budget deal, perhaps thinking that there was enough support among GOP senators from hard-hit states. Immediately with the new year, Dem senators started negotiating with moderate GOP senators and met them part-way: the Senate would consider a 3-month extension and also an 11-month version (the 3-month version having more GOP support). Also, the extra spending would be paid for with savings elsewhere in the budget. With those terms, 5-6 GOP senators joined the Dem caucus to overcome the first 60-vote choke point.

Then the negotiations feel apart. Harry Reid didn't allow these GOP senators to propose amendments, a nasty majority leader trick that isn't new but that Reid uses often. Do you suppose that would piss off the senators who had just helped on the recent vote? No surprise, it did.

The methods for "paying for" the extra spending were also a sticking point. Harry Reid offered mostly future money from 2024 to pay for the benefits--no current spending would be touched. This is a bad habit with the federal government--assuming future savings or economic growth will make budget fudges balance. I don't know if this ever worked.

So with these two big problems, the deal fell apart. What is the official word from the Democrats? According to Chuck Shumer, the second-ranking Dem in the Senate: "The bottom line is our Republican colleagues don’t seem to get it." That bit of drivel falls apart with one follow-up question: What was the sticking point on the deal?

Come on guys. No one is going to give an unconditional surrender. You have to negotiate! I worry that Harry Reid has an angle on this where he doesn't suffer at all, but he certainly should suffer at least a little. 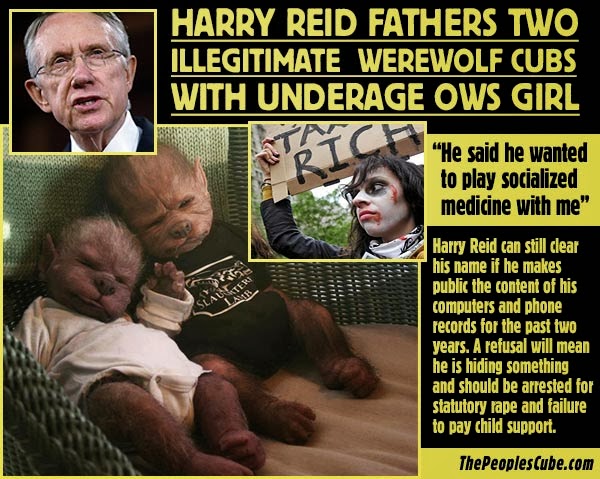 Extras.  Just a reminder, I'm not for endless extensions. One year is the maximum I support because 1) people have to adapt to the new reality. 2) Business need to have an endpoint on their contributions for laid-off workers if they're to do any new hiring.

Posted by ModeratePoli at 6:16 PM

Oh. Please. There's a majority in the Senate to extend UI benefits, but its the GOP playing the filibuster card again and again to extract ransom simply to allow things to pass that they should vote for anyway, but won't. So who is really playing games?

Do you really think that not being able to propose bogus, politically-charge "amendments" that the Dems would have to vote against is the reason they are filibustering?

Besides. Why should they give the Senate GOP any concessions AT ALL when the GOP House will simply demand those concessions and more, then kill it anyway.

@dangerous, Oh please yourself. Do you think Harry Reid is too pure to play games? He's the one who left extended UI benefits out of the budget deal, and now he doesn't want to make any cuts to pay for them.

There were enough GOP senators to work with, and Reid decided to go the poison pill route instead. Maybe he wants this as a campaign issue, but it might not work quite as well as hopes.

Anything that passes the 60 vote threshold in the Senate puts a lot of pressure on the House, so extra concessions demanded by the House is bogus. They pass it or kill it, but they don't rewrite bills from the Senate.