The nightmare future vision of the GOP

"American liberal strategists know that in five to eight years the post-1968 culture and its stances which they have long championed will attain absolute majority among American adults and voters. Very simply, the Silent Generationers and Boomers who form the bulk of the resistance to this in the electorate are dying off. Around 2020 the country will have tipped and begin to change very greatly." -- comment in The American Conservative

This explains why the establishment in the GOP (the GOPe) wants to stop with the culture wars and pass an emigration bill. They want to have some hope of pulling away some of the more conservative voters among Latinos and gay-friendly voters.

If they can't, they will be overwhelmed by rote Democratic voters. Elections will be decided by the smaller, hard-core primary voters, so the Democrats might become even more leftist. This certainly holds no appeal for me--I've depended on competition and obstruction to prevent the worst on both sides.

However, if this change is inevitable, does it matter what the GOP does now or in the next few years? Perhaps they can only hold off the Dem surge and all the changes it entails for a couple years, but that's only a delay. The ultimate outcome will be the same.

This catastrophic outlook assumes that American voters won't be able to see if or when the Democratic agenda starts doing real harm. I worry about this myself. Our electorate is pretty stupid, uninformed, and unquestioning. When swing voters no longer matter, politicians won't have to craft the best policies based on good analysis. Instead, they can follow the party line, which unfortunately so many are doing already. What happens when there are no independent voices, only partisan ones? Maybe we become just another banana republic. This isn't just a nightmare for the GOP. It should be a nightmare for all of us. 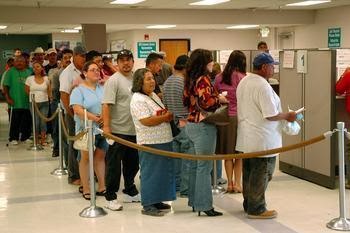