Still arguing about the stimulus

The stimulus of 2009 is still a point of argument on this blog. I've argued that the stimulus helped stop the unemployment spiral and that parts of the stimulus, such as support for state workers, were quite helpful in softening the downturn.

The general argument against the stimulus is that it doesn't do any good for the economy, increases the national debt, sucks money out of the private sector, and the economy would correct itself in the same timeframe without one.

Evidence for this viewpoint isn't generally provided by those making the argument. It's a hypothetical, not even close to proven. Part of the problem is that economies don't let you do controlled experiments, where you apply stimulus and measure the result, and then reset, don't apply stimulus, and look for the difference. This problem equally affects both sides of the argument.

So what evidence can there be for one side or another?

If the economy returns to normal soon without stimulus, that would be good evidence that stimulus wasn't necessary. We could also look at how dismal metrics like unemployment go, how long the job slump last, and other factors.

Here's a graph of estimated or measured unemployment since 1890:

The Panic of 1893, which caused a spike in unemployment lasting until 1900, stands out, as does the Great Depression. Unemployment spikes since 1945 have been much milder, so we need a different scale for them. Here's a chart of the more recent recessions: 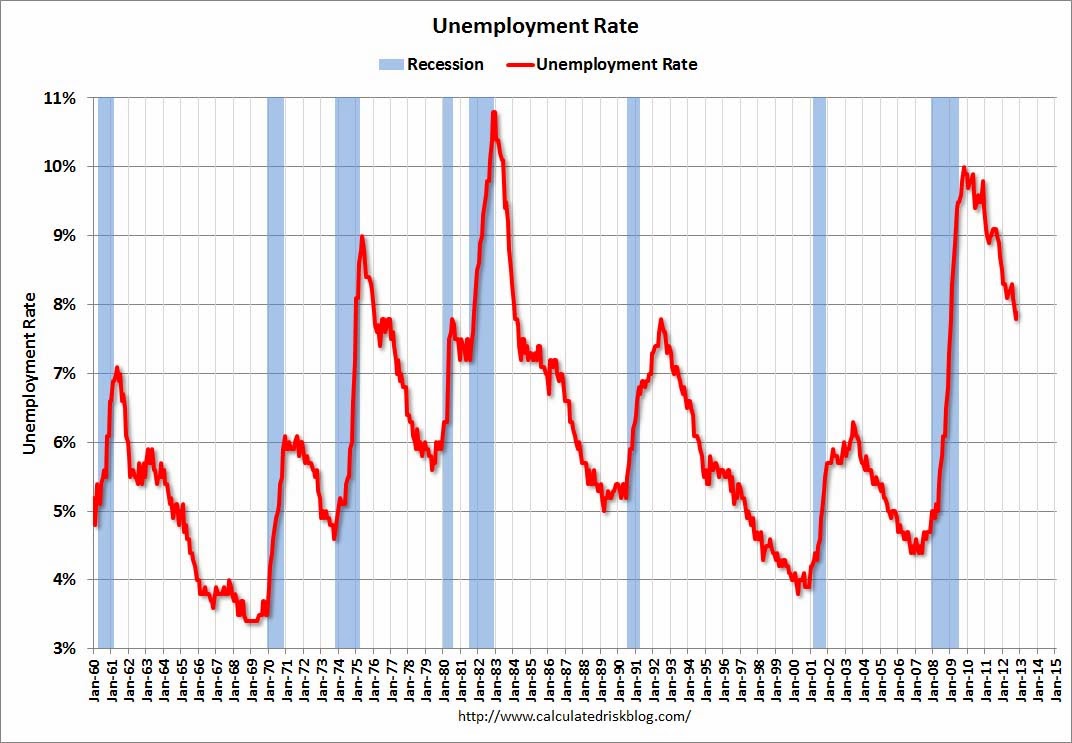 I thought it would be helpful to see the first derivative, or the rate of change, of unemployment. Here it is, the 4-week moving average of new unemployment claims: 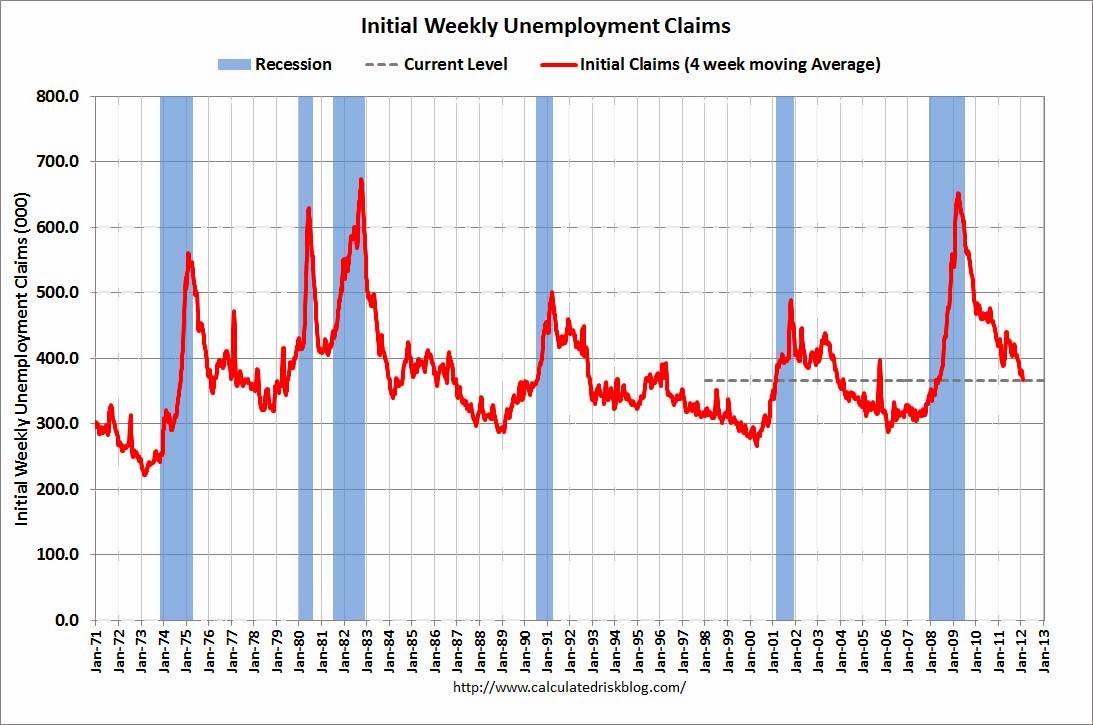 Here's what I see in these graphs:


A commenter arguing against the 2009 stimulus said these things, which I believe are refuted:
Commenters who are against the stimulus often claim or imply that the economy would do better without the stimulus, yet they offer no evidence for that assertion. Again, clear evidence is difficult to find because you can't run controlled experiments on an economy. But it's been hard to glean whether proponents have any evidence for this view. It's a belief without evidence--meaning that it's a dogma. On the other hand, it would be particularly hard to find evidence against stimulus because the government has run stimulus programs during recession after recession, so we don't have good comparison cases without stimulus.

There will probably not be definitive evidence for or against stimulus packages. It's not possible in the nature of economies and how governments respond. However, the dogma against stimulus goes further than healthy skepticism. It replaces a belief in stimulus (with marginal evidence) with a bias against stimulus based on ... what, exactly? That's the problem. It's turned into an article of faith despite having no foundation.

Perhaps the animus against stimulus is part of the rejection and vilification of all things related to Obama. The idea of stimulus now carries Obama-taint. That's bad because it's hard to make a case against stimulus and the damage it can do (increased deficits, increased budget baselines forever after) if you're just reflexively against it, and you can't put together a coherent argument.

It's not as though there isn't an argument to be made. Opponents of stimulus can point out that a stimulus may not be necessary in the short term since the economy can correct on its own. Also the deficit spending to support a stimulus may be harmful in the long term.

I suspect there's a good reason that the federal government rarely votes against a stimulus during a downturn. In harder economic times, those in power don't want to argue that they are ineffectual (unable to do anything), so "doing something" has the edge. "Doing something" is also supported by the people who will benefit from the stimulus.

The biggest problem with the Obama stimulus is not that it happened, or that it's unclear whether it was helpful, but that the spending is staying so high for so long. The following chart shows that GDP started improving in 2009 Q2 and returned to 2007 levels in 2010 Q3: 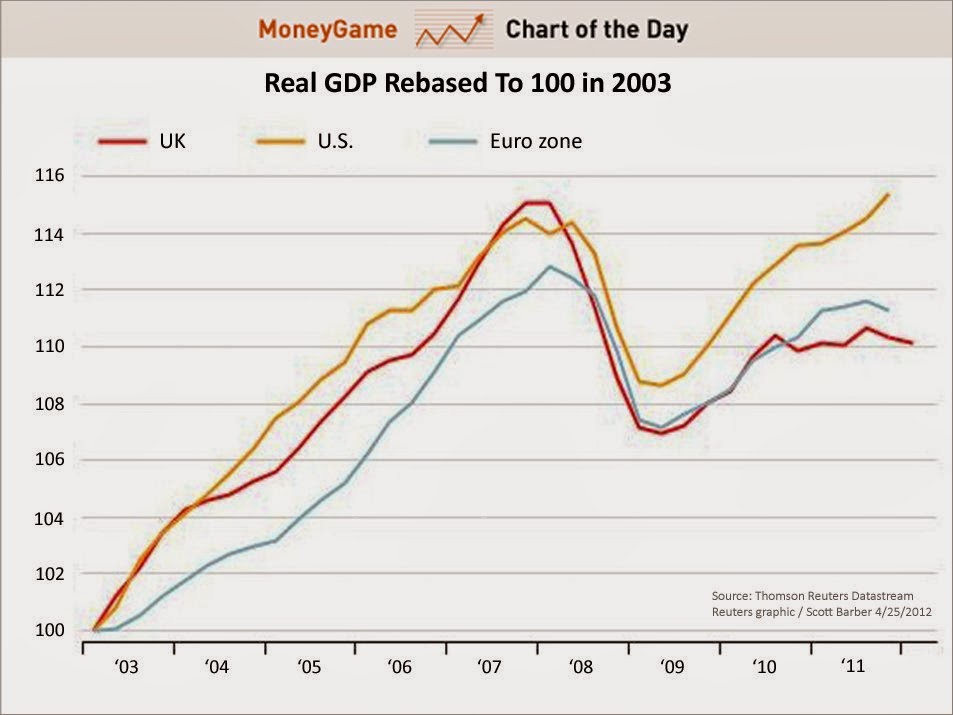 Yet the expanded federal spending, which should have been tapered starting in 2010, continued to grow and became the defacto new baseline: 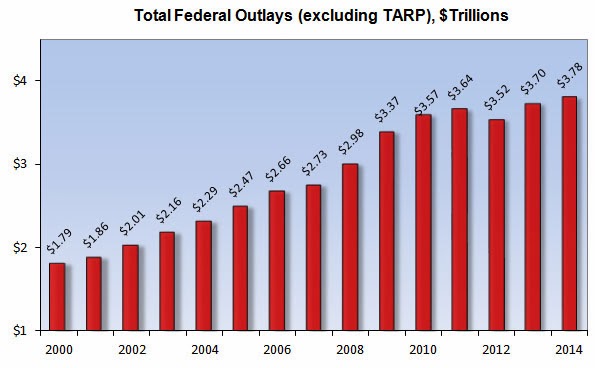 So if the government is reluctant to back off increased spending as recovery strengthens, what should we do? Should we forfeit the possible benefits of stimulus due to the drawbacks? I'd like to see a lighter hand on stimulus with definite cool-down features enacted with the stimulus itself. There should be no long-term stimulus, which also means that any tax cuts enacted as stimulus must have expiration dates no more than a couple years away. I'm thinking in particular of the Bush tax cuts that were enacted as a stimulus, but were scheduled to last 10 years.

The severe recession starting in 2008 definitely warranted stimulus measures though many of those measures weren't targeted in effective ways. The stimulus was too large, lasted too long, included too much spending for favored political groups, and was an excuse for higher spending for the foreseeable future. However, complaints about the stimulus are scattershot and politically motivated rather than being analytical.

Extras. Long analysis of stimulus measures from a Koch-supported think tank. Lots of data and good questions. See especially the three hurdles on p. 54. Apply the questions raised to all stimulus programs, not just the Obama stimulus.

Update 1/12/18. I found a graph that shows the severity and depth of the 2007-10 recession with astounding clarity. 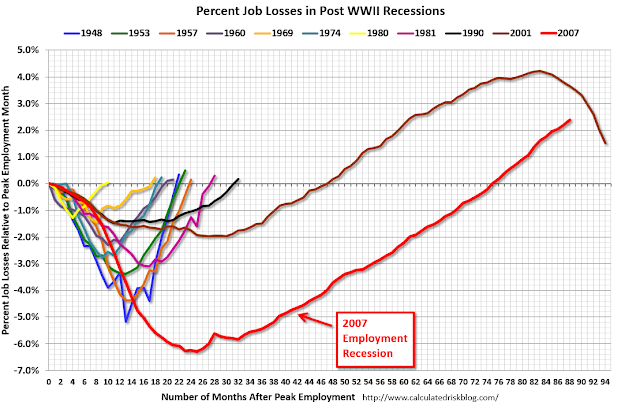 Posted by ModeratePoli at 2:08 AM

When it comes to these kinds of theoretical, non-provable (or disprovable) arguments, you must look at the motives of the parties making them. Most of the time, those arguing against any kind of external stimulus on the economy will lose something if it's done, while those arguing in favor will likely gain from it.

Hence, when Bush II was president, and the economy needed a stimulus, his political supporters wanted it since it would help him politically do a) do something and/or b) appear to be doing something. Bush's opponent also wanted stimulus to help their constituents, so there was little controversy about it.

When Obama is president, however, his supporters want stimulus and his opponents don't. Only then do the arguments against stimulus and its perceived and real impacts gain some currency.

Because the economy of individuals is so interconnected by definition, the tendency toward a pack mentality is virtually impossible to fight. Even if one wishes to swim against the tide -- investing when everyone else is cutting back -- failure to conform and simply the lack of interest could doom the event. So you have naturally reinforcing influences on the economy, good or bad.

Particularly in a bad economy, pack mentality takes over but on a rational basis. At that time, the only way to stop the tide before it reaches an absolute bottom, is for an economy-moving force counteract the tide. Sober government intervention is pretty much the only significant individual entity that can make a difference. Your historical analysis provides sufficient proof of that since the causal relationship between stimulus and economic trends makes sense.

Further, government stimulus is most effective in the form of creating direct demand. Government spending money to long-term infrastructure projects during an economic downturn is not only effective counter-cyclical investment, it also saves taxpayers money since the government can contract those services at lower prices than normal.

Passive "encouragement" of demand via tax cuts or similar incentives are not nearly as effective positive counter-cyclical measures since it relies on many millions of individual decisions versus a handful of groups investment decisions.

None of this economic theory means a darn in the realm of public policy and politics, however. In that case each party making the arguments for or against are doing so as a representative of their clients' or their own interests.

@Dangerous, not surprising that I agree with what you say. I agree that you have to look at the political motives when evidence is lacking.