How accurate is brain death?

This post will for those who share my scientific curiosity about the issues involved in the current case of Jahi McMath, the 13-year-old declared brain dead from complications after an operation. The hospital has declared her brain dead, and refuses to fit her with a tracheostomy or feeding tube into her stomach (G-tube). She's currently on a respirator.

These kinds of issues have come up before, including whether Terri Schiavo's G-tube could be disconnected so she would no longer passively receive nutrition and water. Terri Schiavo was in a persistent vegetative state where she could breathe on her own but she didn't have voluntary movement. According to the hospital, Jahi requires a respirator and would cease breathing and all signs of life if detached from it.

Jahi is categorized as "brain dead," a new category that allows someone to be considered dead and have their organs removed by doctors for transplantation. Without this category, all breathing and circulation would have to cease before the organs could be taken and they would be in a degraded condition.

The medical profession has established criteria for brain death including the total absence of response in all cranial nerves. Furthermore, it can be confirmed by studies of blood flow in the brain, which have ceased in a brain dead patient, though this is not 100% accurate in confirming brain death.

It's questionable whether the criteria for declaring brain death are as rigorous as they should be or are followed rigorously. Several supposedly brain dead people have revived, but isn't supposed to be possible. Here's a case from Oklahoma of a man declared brain dead after an accident. His body was being prepared for organ removal when relatives noticed something and subsequent tests showed reflexes indicating greater than expected nerve response. He came out of coma 5 days later (with all his organs) and recovered much of his function. There was a similar case in Britain. This site lists several other cases.

One problem is that doctors are too hasty in declaring brain death after accidents. When there is injury to the head, the brain can swell to the point that most blood flow stops, causing deep coma and looking like brain death. However, in some people the swelling diminishes and the person lives, though with varying degrees of brain damage. Care must also be taken after drowning, exposure to cold, and drug overdose.

Jahi's case doesn't fit into this category, however. She suffered from blood loss, cessation of her heartbeat, and no oxygen to her brain. It doesn't seem to me that swelling was involved. None of the recovery cases occurred to someone in a situation similar to Jahi's.

Of course I don't have inside information about how long Jahi wasn't breathing, test results for brain function, or her response (or lack of response) to trial cessation of her respirator. There's a very good chance that she is indeed brain dead, especially since it's been over three weeks since she had any signs of neural function. However, the eagerness of some doctors to harvest organs for transplant has corrupted the practice of declaring brain death, at least to some extent. It is horrific that doctors should be so eager to take organs that they'd sacrifice lives in the process. 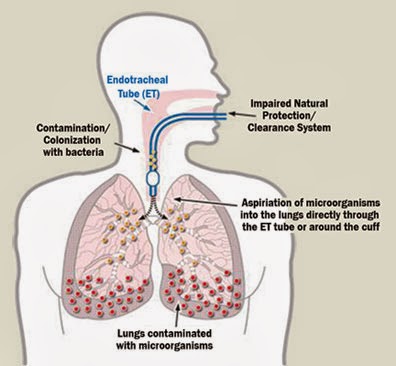 One of many complications
Image: papermasters.com

Update 5/6/18. Here's a case of a boy with a head injury so severe that he was thought to be brain dead. He regained consciousness and is speaking. The article isn't clear, but it seems that he was in a coma for less than a month. This is quite different from someone in a long-term coma. Jahi is still alive with the support of a ventilator and all the other types of life support. That doesn't mean she isn't brain dead. It could be that our medical systems are excellent at maintaining bodily functions.
Posted by ModeratePoli at 2:54 AM