The Controversy in My Medicine Cabinet

So why would anyone care if I have an anti-cholesterol drug in my medicine cabinet? Why should my employer care? Why the hell would my employer go out of his way to complain about me getting this drug, and that some tiny bit might be paid for by him. It's OK if I use my salary to pay for it, but horrible if it's part of my benefits package. Does that make any bloody sense? No, it doesn't.

Now Mike Huckabee is saying something too. He seems to think that I should be offended that my health plan covers my anti-cholesterol drug, because that means they don't think I'm mature enough to handle it on my own, or some such nonsense. Hell, no, I'm glad that they cover the drug, like the rest of my medical needs. Why should I be 'outraged' as Huckabee suggests?

I'm supposed to be outraged at the Democrats for supporting coverage for this medicine, but that doesn't wash either. I don't see how Huckabee can contend that my health plan and the Dems think I'm sort of slut. All they're doing is supporting me when I say "I'm glad my health plan covers this medication."

So to all the Republicans and their dittohead army, would you please shut up about my anti-cholesterol med? You sound very creepy when you get that involved in my medicine cabinet. 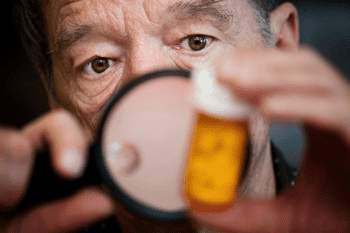 Stay out of my medicine cabinet.
Image: laprogressive.com

Extras. Huckabee is raising funds based on this. Some pundit thinks the big problem is that Huckabee is hypocritical about the issue, not how intrusive he is. I disagree. And then there are the idiots who think Huckabee nailed it--that Dems do think I'm a slut. Wrong!

Posted by ModeratePoli at 12:39 AM

Great post, Your article shows tells me you must have a lot of background in this topic. Can you direct me to other articles about this? I will recommend this article to my friends as well. Keep it up.