The GOP in their contraceptive corner

OK folks, I hope this is the last thing I'll say about the GOP and contraceptives. These guys have really been idiots about contraception. Contraception is a good thing. It lets you have sex with your spouse (something you looked forward to for all or most of your adolescence) without fear of having way too many children that you can't afford. If you're not married, it lets you have sex without fear that you'll have to rush into marriage due to pregnancy or have that awkward child-sharing relationship fraught with disagreements, resentment, and discomfort, which will deeply harm your kid. Or you won't have to make that painful decision to have an abortion because you're not a selfless saint who can deal with pregnancy and giving up the kid. (Aside--who is the patron saint of unwed mothers? Was she an unwed mother, or is he or she another figure to make them feel ashamed.)

So, that's the short version of my case for why CONTRACEPTION = GOOD.

Now, how did the GOP ever embrace the idea that contraception isn't good? I don't know, so I'm going to speculate. Contraception was traditionally outlawed because of some arcane reasons probably having to do with male control and women being in subservient positions. So maybe the GOP, being the party of traditional values, doesn't like the modernity of contraception.

They probably don't like that it gives people more freedom for sexual experimentation, though anyone who's realistic should still appreciate its usefulness for married couples. So perhaps the prudish side of the GOP has won out, and they disapprove of contraception because sluts use it.

Whatever the bizarre reason that the GOP became the party against contraception, they really need to stop this nonsense. Romney helped when he stated in a debate: "I don't know any state that wants to ban contraception, George." Unfortunately, that was the high point of GOP support for contraception. Weak sauce.

What the GOP needs to do now is to turn the tide and get a lot of prominent Republicans to say that they have indeed used contraception and it's great--it worked really well and they're happy with the results and they had the children when they wanted. Maybe that would remind the loony Republicans to just shut up. Furthermore, perhaps someone will take the loony Republicans into some back room and explain that slut-shaming over contraception might make them feel haughty and superior, but that it's downright stupid as elections go.

OK, yes, I want to be the person who tells the loony Republicans how stupid they are. Rant over... I hope. 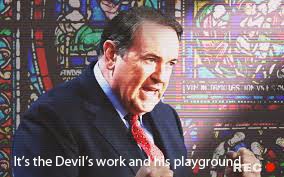 (Not an actual quote.)
Image:  suyts.wordpress.com

Extra. Even when intelligent conservatives talk about this, they still end up getting it wrong. Many are against the landmark decision Griswold v. Connecticut, in which the Supreme Court told states to stay out of people's bedrooms. To many conservatives, this was a bad decision because it opened the door to legalization of abortion, gay sex, oral sex and other forms of sex previously called sodomy, and cohabitation. But Griswold v. Connecticut was decided rightly--the state should stay out of your bedroom. I think the majority of Americans strongly agree with that.
Posted by ModeratePoli at 3:37 PM

I have been visiting your site often and I find it really interesting and informative.